2021 declared in Cuba as the Cohiba Year 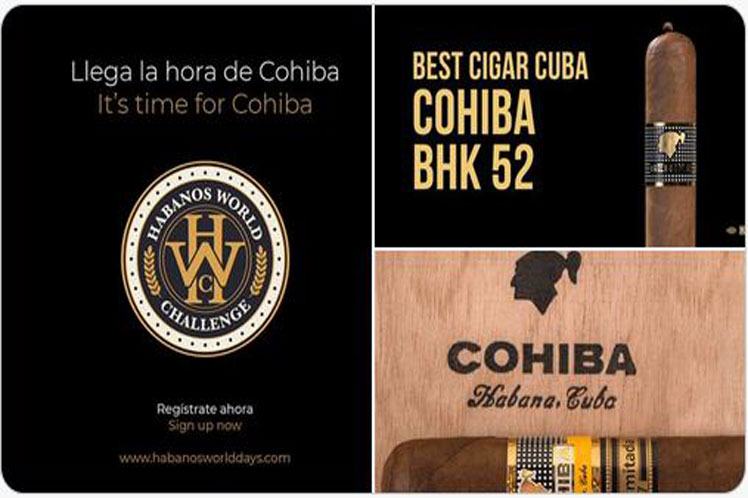 2021 declared in Cuba as the Cohiba Year

Cohiba (1966-2021) is the first brand of cigars to emerge after the triumph of the Cuban Revolution in 1959, and it immediately became popular with cigar fans in this country.

The co-presidents ruled that despite being 2020 and the present, difficult years due to the Covid-19 pandemic, they continue the march of this type of industry, and highlighted the high quality of the product.

They indicated that followers of Cuban tobacco from all over the planet attend this first virtual version of the event (habanosworlddays.com) under the hashtag #Habanosworlddays. The initiative corroborates the identity of the brand, the executives stressed.

In another part of the opening of this three-day electronic meeting, the vice presidents of Habanos S.A, Leopoldo Cintra, and José María López Inchaurbe, of trade and development, respectively, took part.

Both experts presented the novelties of this year in the matter of Cuban Premium tobacco (handmade, the highest quality), such as Cohiba 55th Anniversary Limited Edition -main product-, consisting of cases designed exclusively for the occasion.

Other novelties for 2021 are Cohiba Ambar and Cohiba Ideales, without detracting from the presentations of Hoyo de Monterrey number 4, Bolívar Regente and the Gran Reserva Partagás Series No.2 from 2015.

In the digital opening ceremony, the history of Cohiba appeared in synthesis, which began to be marketed in 1982, previously used only for state gifts. The main promoter of the brand was the leader of the Cuban Revolution, Fidel Castro.

The name responds to the way of calling the tobacco roll that the aborigines smoked in this archipelago when Spanish explorers arrived, a baptism sponsored by Celia Sánchez.

During these three days, the Habanos World Days will have virtual visits to factories and tobacco fields, conferences and various presentations, as well as a trade fair.

Among the personalities that appeared in the first hours of the meeting are Francisco Domínguez (Spain), Max Gutman (Mexico-United States), Alexander Avella (Brazil), and Mohamed Zeidan (Lebanon), among many other businessmen linked to Havana for many years.