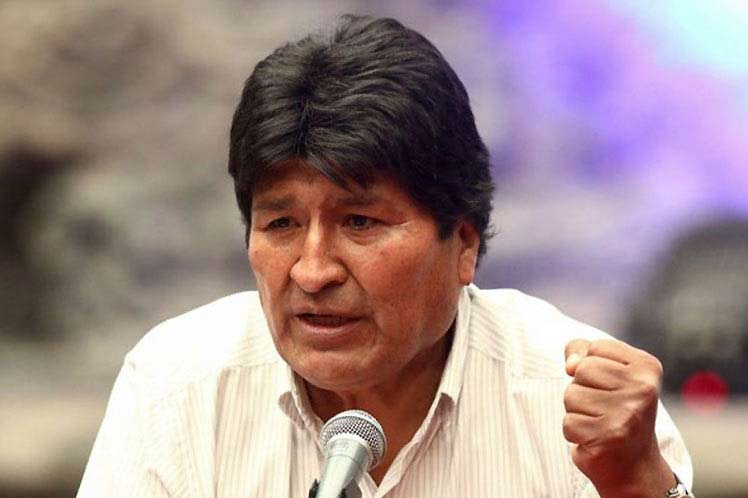 The former head of State noted that the peoples have historic memory in an open letter in response to a non-binding resolution approved last week by the European Parliament in favor of the release of the former de facto President Jeanine Añez.

Where were the European parliamentarians during that year of coup, persecutions and serious violations of human rights, with 38 deaths, 800 wounded and nearly 2,000 detained without a cause? the leader wondered.

Morales also questioned whether the life of an Indian is worthless, or whether being a worker, laborer, miner, teacher, indigenous person, woman or a young person is of less value for human rights and democracies in the West. Every day new elements of how the 2019 coup d’état was structured are known because ‘certainly international sectors promoted, supported and financed it,’ he underscored.

However, now they are trying to make an effort to show that it was not so, then what can be said about the Añez administration, who took office by breaking all the rules of the Bolivian Constitution? he asked again to ‘old Europe’.

‘How does one define a government established with police and military forces? The true democracies and defenders of human rights must denounce all violations of all coups d’état, or is it that in the 21st century we must understand that there are good and bad ones,’ he added.

‘Time will clarify each one of the facts leading to my overthrow in the midst of a post-electoral conflict in which even the Armed Forces suggested my resignation,’ Morales considered.

Nonetheless, he pointed out, my crime was only to be indigenous, to promote a cultural democratic revolution and to stand firm always with my revolutionary principles in the face of all attempts of humiliation and interventionism.