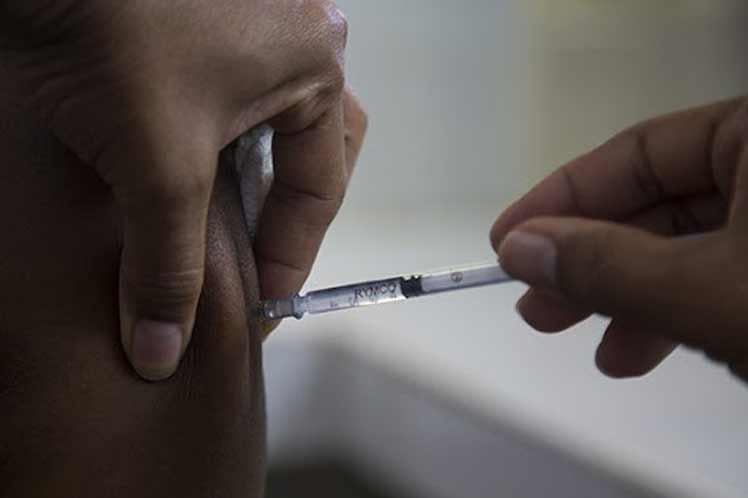 On a televised press briefing, the national director of Epidemiology, Dr. Francisco Duran, explained that in the first week of this process, 186,499 doses were administered in Havana and 255,896 were injected among healthcare workers and vulnerable personnel throughout Cuba.

Such health intervention, of a temporary nature and in which medical science students, public health and biopharmaceutical workers also participate, began with the Abdala vaccine candidate, designed by the Genetic Engineering and Biotechnology Center(CIGB), in several Cuban provinces and the Havana territories of Regla, Guanabacoa, Habana del Este and San Miguel del Padron.

The immunization period will be later extended to the municipalities of Arroyo Naranjo, Boyeros and Cotorro, with which health authorities expect to vaccinate another 383,000 people.

The Soberana 02 vaccine candidate, developed by the Finlay Vaccines Institute (IFV), will soon be added to the second stage of the health intervention in Havana in the municipalities of Plaza, Playa, Centro Habana, Habana Vieja, Cerro, Diez de Octubre, La Lisa and Marianao.

The minister added that they follow the required methodological procedures, an insurance plan, which will be carried out according to the productive scales.

‘Advancing in the vaccination of different population groups should contribute to a reduction in the number of Covid-19 cases and deaths from Covid-19, as well as to enhance a possible downturn in transmission, which would allow a gradual return to social and economic activities on the national territory,’ Portal noted.

Cuba has five vaccine candidates to fight Covid-19. Soberana 02 and Abdala, both are in the 3rd phase of clinical trials and intervention studies.

To these are added Soberana 01 and Soberana Plus, both from the IFV; and Mambisa, from the CIGB, the only one designed on Cuba to be administered nasally.