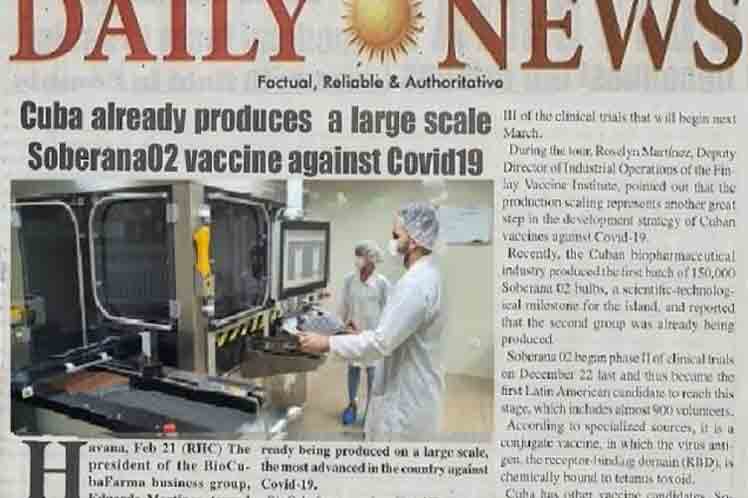 This prospect had a well-founded basis: the existence of a scientific potential of renowned national and international prestige in the conception of vaccines of various types, in addition to robust biotechnology and other related industries that are fully integrated.

A few months were enough for the first promising results to appear, which concluded in 2020 with the existence of five vaccine candidates in different phases of clinical trials with remarkable results in each one of them.

Although the reasons to name each vaccine candidate are unknown in detail, I take the license to associate them with the sister continent of Africa.

Soberana 1, 2 and Plus have printed in their respective names the materialization of a sacred principle for Cuba and Africa: sovereignty.

For almost a century, Cuba was engaged in armed struggles for the sovereignty that should rightfully belong to it, and Cubans fought and died for the sovereignty of several African countries, thousands of kilometers away from their homeland, but with the pride of settling a historic debt with that continent as a result of the cruel period of slavery.

On the other hand, Mambisa is the repository of the glory achieved by the most valuable part of the Cuban anti-colonialist struggles: its men and women, and although its etymology has not been fully confirmed, it is believed that the word comes from Africa. 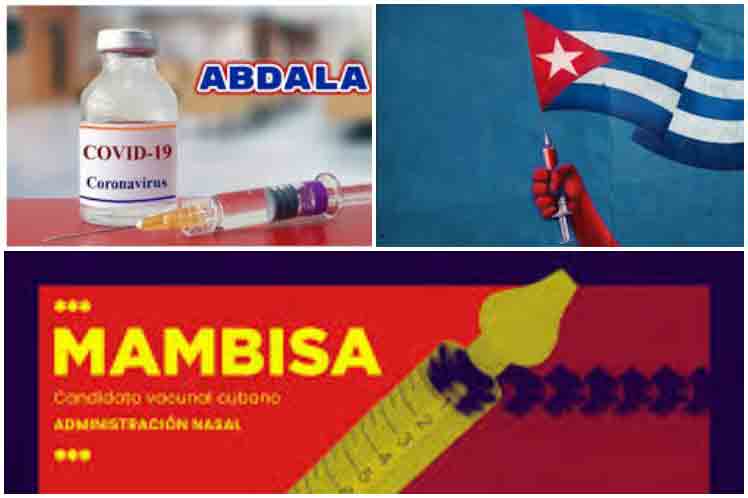 Independently from all of the above, the Cuban ‘mambises’ were Creoles who decided to initiate the struggles to end the colonial yoke and slavery, and who were accompanied in that enormous effort by those who were their subjects coming from Africa and their descendants.

The privileged classes in Cuba and the representatives of the colonial power at the time, generally used that word as degrading, because the sense of the actions executed by the ‘mambises’ went directly against their interests.

However, with the pride of the cause they embraced, the ‘mambises’ in Cuba placed the name of Africa in a dimension not subordinated, but as an essential component of that contingent.

Abdala, the epic-dramatic poem written by young Jose Marti, staged in African Nubia, gave life to a warrior of those lands willing to immolate himself for his homeland, for which he has transcended by the values and principles he embodies.

Hence, his dignity and nobility represent the essence of Africans and Cubans in the face of external aggressions, whose validity endures to date.

Thus, it is verified that the five Cuban vaccine candidates are associated in some way to the struggles of Cuba and Africa, because in order to defeat Covid-19 it is necessary to engage in a relentless combat to bring this invisible enemy under control.

Without this courageous struggle, the negative multi-sectoral effects that loom over Cuba and Africa could be prolonged in time and thus cause the dreams that we have undertaken together and separately to be postponed or definitively cancelled.

Cuba has not selfishly thought about its vaccines, since it will immunize its population, but it will also produce doses for other nations.

Africa falls into the latter category, since its thousands of students in Cuba will be vaccinated immediately, after signing their informed consent, and then other vaccination possibilities can be forged in that continent with Soberana, Mambisa and Abdala.

Our capacity for resistance and victory, inspired by our shared genes, will not allow us to stop dreaming, like a Mambi Abdala for Sovereignty.

*The author is Cuban Ambassador to the African Union.