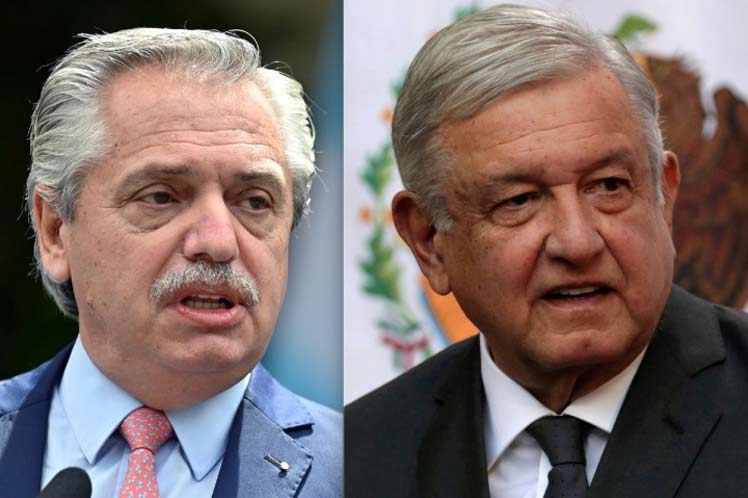 In a virtual interview held during the morning briefing by the Mexican president at the National Palace, Lopez Obrador announced the beginning of the production of the AstraZeneca vaccine from the Oxford laboratories at a plant in Mexico, so that both countries have enough and can provide it to other countries in the region.

The Mexican president said that this May 25 was chosen to make the joint announcement in order to pay tribute to the anniversary of Argentina’s independence.

Lopez Obrador told Fernandez that Mexico will always work with Argentina in a coordinated and supportive way; there are no borders, we are together in the same cause of seeking our peoples’ wellbeing, and that is why this initiative of jointly producing the vaccine, which you took last year, is so important.

This, which began some time ago, he said, is now a reality. There are results, and enough batches are beginning to be produced in Mexico to be sent to Argentina, so that they do not have a shortage of it, and to other brother countries.

Fernandez responded by thanking this, and after speaking about the historic events that marked the independence of Argentina and the creation of a sovereign government, said that, with the joint production of that vaccine, we are proving that ‘we are the makers of our own future.’

With this announcement of the beginning of production of the vaccine, Fernandez added, we are becoming more independent because we are achieving, with our own effort, ensuring vaccines for everybody, and this is a very important step forward; it is about giving this fact its exact historic and social dimension.