Cuba reaffirms that it will persist in the struggle against terrorism 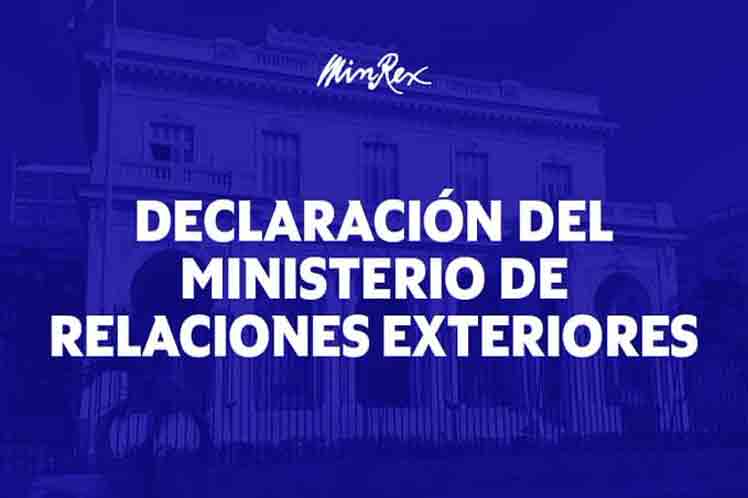 Cuba reaffirms that it will persist in the struggle against terrorism

A statement by the Foreign Ministry rejected the certification by the US Department of State, which included Cuba in the list of countries ‘not fully cooperating’ in the fight against that scourge, an action it described as ‘irresponsible and shameful.’

‘Cuba will not alter its commitment to peace,’ the text stressed, which reveals the political purposes of those allegations, with which they are trying to justify attacks such as the economic, commercial and financial blockade against the Cuban people.

The US government perfectly knows the falsehood of those statements, the document notes, and adds that there specific examples of the willingness to cooperate, within the framework of the bilateral instruments in force and under international law.

Cuba ‘upholds its commitment to the Peace Process in Colombia, despite being a victim of repeated politically-motivated unfriendly and dishonest actions,’ according to the statement.

The text also calls on US Secretary of State Antony Blinken to confess that US authorities are the ones that refuse to cooperate with Cuba in the fight against terrorism, which is duly documented.

In this regard, it claims that Washington has neve returned any of the people who fled Cuban justice, and it has not even tried any of them for the terrorist acts and crimes committted against the Cuban people and citizens from other countries.

The document asks why, if the Biden administration has publicly stated that Cuba is not considered a high priority issue and the Cuba policy is currently under review, the Department of State singles out Cuba in an ‘unfounded and mendacious’ way regarding terrorism.

‘How could it justify that the 243 unilateral coercive measures adopted by the Trump administration, which include an increased financial persecution and other extraterritorial measures, have continued to be implemented?,’ it adds.

The declaration ratifies Cuba’s willingness to cooperate with US authorities in the fight against this scourge, as it does so with other countries.