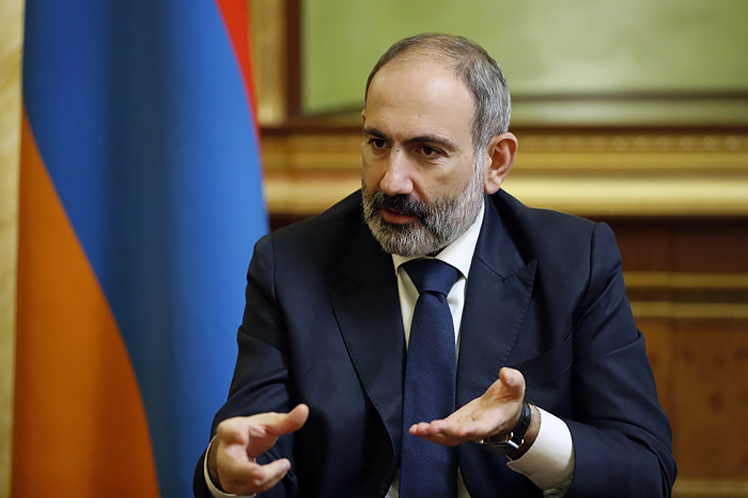 In a meeting with activists from his Civil Contract party, Acting Prime Minister Nikol Pashinyan noted that Erevan is ready to withdraw its troops from the common border territory and expects similar steps from Baku, TASS news agency noted.

The OSCE Minsk Group (Russia, France and the United States) proposed to the contending parties to withdraw the troops and then, with their help, begin the process of demarcation and delimitation of the border in the town of Sotk, in the Gegharkunik region, and in the vicinity of the village Joznavar, in the province of Syunik.

Pashinyan said that Armenian authorities support the deployment of Russian border guards and observers from other countries of the Minsk Group, if Yerevan and Baku agree to withdraw troops.

Two days ago, the Ministry of Defense of Azerbaijan reported on the capture of six Armenian soldiers when entering the territory of that country.

According to the statement, the reconnaissance and sabotage group of the Armed Forces of Armenia was arrested on its way to the Azerbaijani settlement of Yukhari Ayrim, in the Kelbajar region, on the common border.

On Thursday morning, a concentration of several units with military equipment of the Armed Forces of Armenia, including tanks, was observed near the border line, the text said.

The Armenian Defense Ministry said Tuesday that a soldier from his country was killed as a result of a shooting in the binational demarcation in the Gegharkunik region.

His Azeri counterpart denied the accusation and pointed out that, according to available information, the death of the Armenian soldier was caused by an accident.

The situation in the Gegharkunik and Syunik regions, on the border between Armenia and Azerbaijan, has remained tense since May 12, when Yerevan reported the attempt by the Azerbaijani armed forces to ‘adjust the border’.

Cuban ambassador presents his credentials to President of Azerbaijam

Azerbaijan proposes Paraguay to do busines in oil, other fields

Armenia to not discuss Russian recognition of Donbass republics

Cuban ambassador presents his credentials to President of Azerbaijam

Azerbaijan proposes Paraguay to do busines in oil, other fields

Armenia to not discuss Russian recognition of Donbass republics