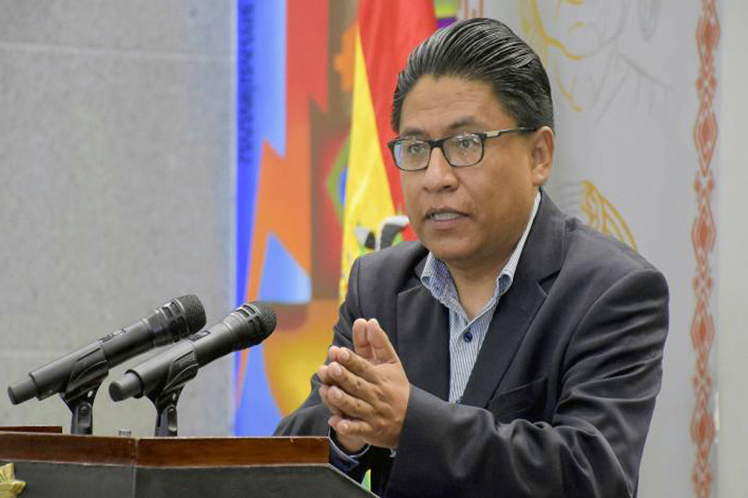 The Constitution establishes that the determinations adopted in the Council of Ministers are of joint responsibility and the former president and her former ministers must explain to the Public Prosecutor’s Office the reasons and circumstances of the approval of three decrees, Lima tweeted.

Arturo Murillo’s arrest in the US, former Minister of Government, along with the detention of his former chief of staff and three entrepreneurs that obtained the awarding of tear gas, rifles and rubber bullets during the transitional Añez administration, led to resume the legal process opened on Bolivia.

Throughout this week, the notifications will begin to be issued, Lima assured on Bolivia TV and expressed that he hopes they will not hide, with the same courage of their statements on social networks go to the Prosecutor’s Office to tell the truth and clarify to the people their participation in those serious events, the minister noted.

The former president and 17 former officials will have constitutional guarantees, he assured, while he ruled out preventive detention as long as they present themselves, declare and tell the truth.

Añez made the determination to sign three supreme decrees despite the fact that the acquisition of those tear gases was illegal, the authority pointed out.

‘In 2019, there were massacres (in Senkata and Sacaba) and many people were killed in the country, we need clear answers to identify those responsible,’ Lima assured.

The minister asked Fernando Lopez (then in charge of the Defense portfolio and considered key in the process) to appear as a witness in a Bolivian consular office wherever he is.

The US Department of Justice recently revealed in an official statement the capture of Murillo on May 21 in an operation of the Federal Bureau of Investigation (FBI) and, the press later unfolded that his pretrial hearing will be on June 7 in Miami.

In the last few days, the Bolivian police arrested at least seven people in the framework of the investigation opened against Murillo for the crime of legitimization of illicit profits.