Global condemnation for US blockade against Cuba grows 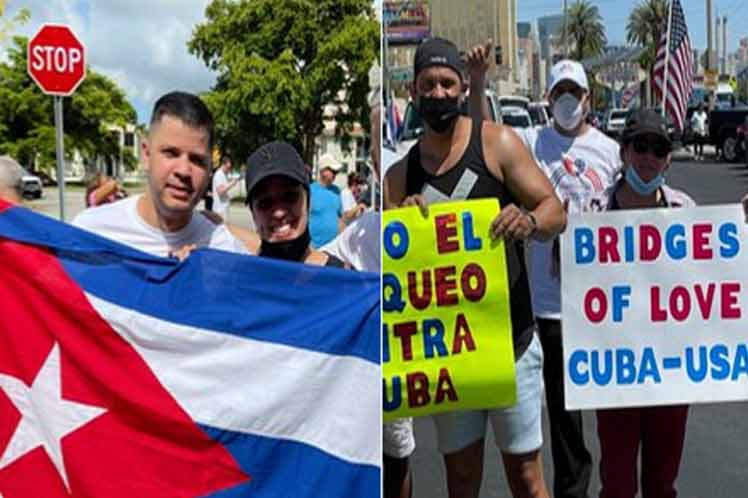 Global condemnation for US blockade against Cuba grows

Weekend´s demonstrations in over 70 cities around the world showed the rejection of a policy that fails to break the will of Cuba’s sovereignty but does cause substantial damage to Cuban people.

‘While the world is currently calling for building up Bridges of Love campaign amid the pandemic, the US government still keeps Donald Trump´s measures untouched. Fighting Covid-19 is world-wide, the claim against US blockade, too,’ Cuba´s Foreign Minister Bruno Rodríguez live-tweeted.

This global demand became clear on weekend in several Latin American nations and in some 25 cities across the United States where the call for the 3rd Puentes de Amor Caravan got a noteworthy response.

US demonstrators also called for President Joe Biden to resume family reunification plan called off by Trump back in 2017 and to reopen consular services in Havana, among others.

Likewise, demonstrations were reported in Canada, Italy, Spain, Germany and South Africa, as part of the global solidarity day to be held through June 23, when Cuba will present its report regarding the US blockade impact at the United Nations.

Highlighting this call´s success, Cuban President Miguel Díaz-Canel tweeted: ‘Bridges of Love for Cuba campaign has re-emerged in an array of cities around the world.’