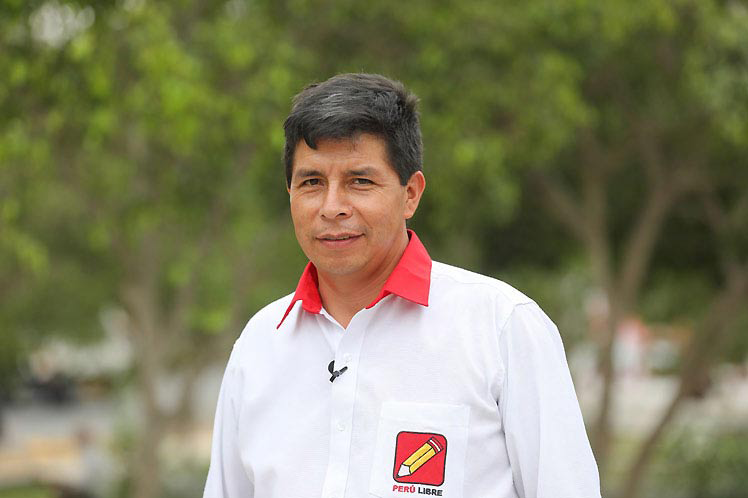 In an improvised rally in the main square of the southern city of Arequipa, Castillo said that it is very likely that in the six days remaining to the election, there will be actions of ‘economic terrorism’ such as the rise in the dollar or inflation to blame him.

The rural teacher and farmer also noted that those maneuvers ‘will not take away our dream of giving the best to the Peruvian people’ and assured that, if elected, ‘I will demonstrate how to manage the economy.’

He added that he has a capable team, while in the other side there are only ‘recycled characters,’ referring to elements such as Luis Carranza, twice Minister of Economy in Alan Garcia’s government (2006-11).

The presidential candidate specified that Peruvians are in the best time to ‘achieve the yearning of our ancestors’ and warned that ‘they will not take away our dream of giving the Peruvian people the best they deserve.

Regarding the debate he held last night against Fujimori in Arequipa, he reiterated that ‘we will not change our message,’ ruling out concessions demanded by conservative sectors, such as abandoning the push for a new Constitution to replace the current neoliberal one, which his opponent defends.

Castillo explained that he will behave like that if he wins the presidency, without hiding and facing the people who are clamoring for justice, which they will have with the new constitution that will give the humble the same rights as the people of the rich neighborhoods, he assured.

On Sunday evening’s event, he denied Fujimori’s anti-communist campaign, amplified by most of the printing and broadcasting media, aligned with his candidacy, which points to him as a threat against property.

Castillo said that his eventual government will in no way take away anyone’s house, business or the fruits of their labor because ‘those of us who work know how to value the fruits of our efforts,’ an allusion to the unknown work history of his opponent.

After his speech, Castillo traveled to the southern Andean region of Puno, continuing his electoral campaign.