US citizens continue campaign against US blockade 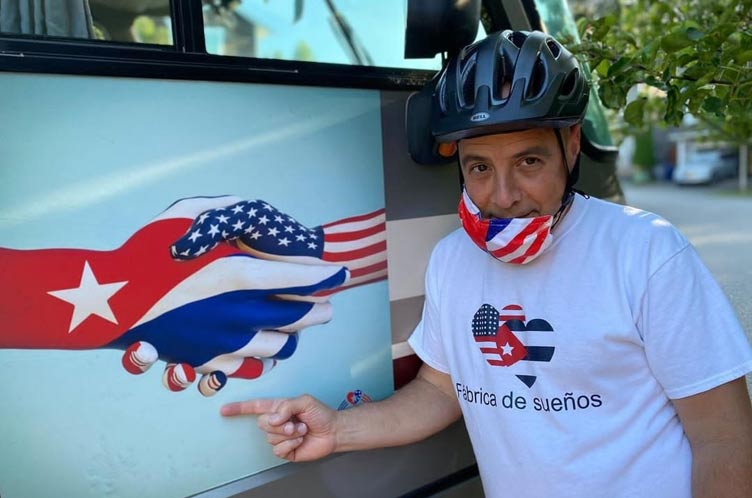 US citizens continue campaign against US blockade

The collection to send hundreds of thousands of syringes to Cuba from the US in support of the vaccination campaign against Covid-19 continues, disclosed activist Carlos Lazo, main coordinator of the Bridges of Love initiative.

He also pointed out that in Brussels, Belgium, members of that project obtained and transported medical equipment for Cuba and, in Grenada, the la Gran Piedra Association is preparing a container with educational material for children with special needs.

‘That is where we are united: in love for the family! It is true; there is an embargo, there is a blockade, there are sanctions. But nobody blocks love! These are #LoveBridges! Lazo expressed on his social networks.

Since May, the anti-blockade groups ‘Bridges of Love’ and ‘NEMO’ (No embargo Cuba Movement) joined the campaign of Codepink-Women for Peace and other entities from the United States to support the immunization against the SARS-CoV-2 coronavirus, the cause of Covid-19.

The US Treasury Department granted a license to allow the collection of funds for purchasing such aid for Cuba, and those who wish to contribute with a donation should do so through the link https://www.codepink.org/syringes4cuba.

The US economic blockade against Cuba has a negative impact on all spheres of society and in the case of health; the blockade caused losses in the order of 198,348,000 dollars only from April to December 2020.

Information released by the Ministry of Public Health (MINSAP) indicates that the US policy prevents the acquisition of technologies, raw materials, reagents, diagnostic means, medicines, devices, equipment and spare parts necessary for healthcare.

Caravans in over 70 cities around the world demanded in May that the US government end the economic blockade, a solidarity initiative that is expected to be repeated on June 20.

In the meantime, Cuba will present on next June 23rd to the UN General Assembly the resolution that every year asks the international community to lift the blockade, a vote postponed in 2020 due to the Covid-19 pandemic.

US President Joe Biden has said through his officials that Cuba is not a priority issue for his government, and after almost five months in power, the 243 punitive measures imposed by the previous head of the White House, Donald Trump, remain intact.