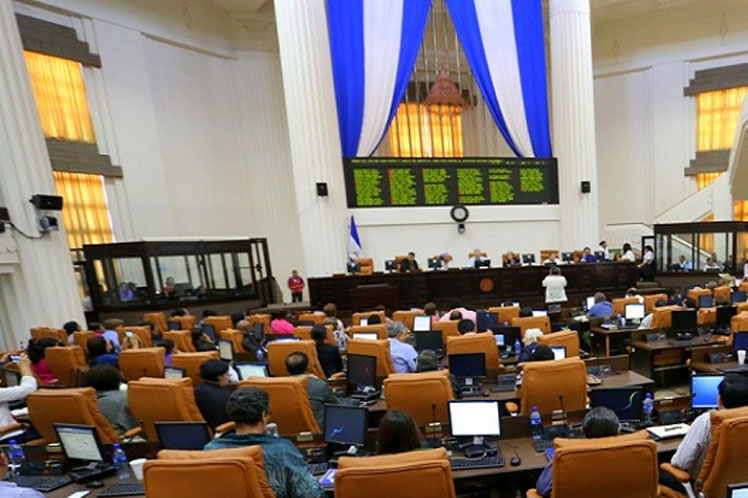 In view of the duty of Nicaraguans to preserve and defend the fundamental rights and principles of independence, sovereignty and self-determination, the National Assembly strongly condemns the US unilateral and arbitrary government interference against the people of Nicaragua, the document refers.

At the same time, the Parliament expressed its support to the actions carried out by the Public Prosecutor’s Office and the National Police, based on the Political Constitution of Nicaragua and the country’s legal system.

The recent judicial action against members of the opposition for alleged crimes of money laundering and acts detrimental to sovereignty is based on the Amnesty Law and the Law of Defense of the Rights of the People to Independence, Sovereignty and Self-Determination for Peace, the Legislative argued.

We condemn the homeland’s traitors who have promoted economic and commercial blockades and arbitrary sanctions against the people of Nicaragua, the MPs emphasized in the document approved on Thursday by the plenary.

The National Assembly reiterated the historic commitment of the Nicaraguan people to fight for peace and the construction of an increasingly inclusive, fair and equitable society, through the promotion of an economic democracy capable of redistributing wealth and guaranteeing the integral development of the nation.

We demand the cessation of all interference, the utmost respect for the Nicaraguan nation, its sovereignty and full exercise of national self-determination in the face of the repeated violation of international instruments governing the sovereign right of Nicaragua, the lawmakers conclude in the text.

On Wednesday, the government of President Daniel Ortega strongly protested against the sanctions imposed by the US Treasury Department on four national officials.

Bills on the agenda of Cuban Parliament

Bills on the agenda of Cuban Parliament