Warnings on the intention of disregarding electoral results in Peru 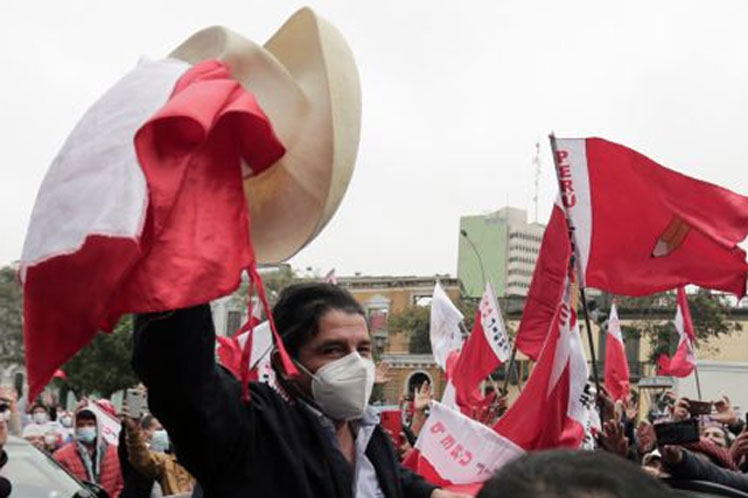 Warnings on the intention of disregarding electoral results in Peru

In a new panel of the Dialogues for Change initiative of the Puebla Group, the head of the PARLASUR Electoral Mission in Peru, Oscar Laborde, said that a Peru that was invisible has emerged. We have to collaborate against the phenomenon of ignorance of the process, since they are going to try to dismiss it, to delegitimize the government, he noted.

Laborde stated that they will try to wear down Pedro Castillo (who is profiled as the winner) with a double action: on the one hand, they say that a government of national unity must be created and, on the other hand, there are the hard-liners, who say that he cannot govern because he is illegitimate.

During the panel, the former Minister of Women and Social Development of Peru, Aida Garcia-Naranjo, expressed that the extreme right is in the logic of not accepting the triumph by declaring fraud, so as not to confront the electoral authorities, since one hundred percent of the electoral observation missions described the elections as clean.

They are proposing, with no grounds, the annulment of 1,000 tally sheets, which would mean the annulment of 253,000 votes. This while Fujimorism (followers of candidate Keiko Fujimori) concentrates with the most recalcitrant sector of the Peruvian right wing that continues to demand a coup, she remarked.

Finally, former Chilean presidential candidate Marco Enriquez-Ominami, founder of the Puebla Group, called for caution and respect for the result.

From the outside, we can support so that the Peruvian institutions see that we are observing them positively, accompanying them so that the votes are counted according to the law and as soon as possible, he concluded.