Cuba denounces the US blockade impact on progress 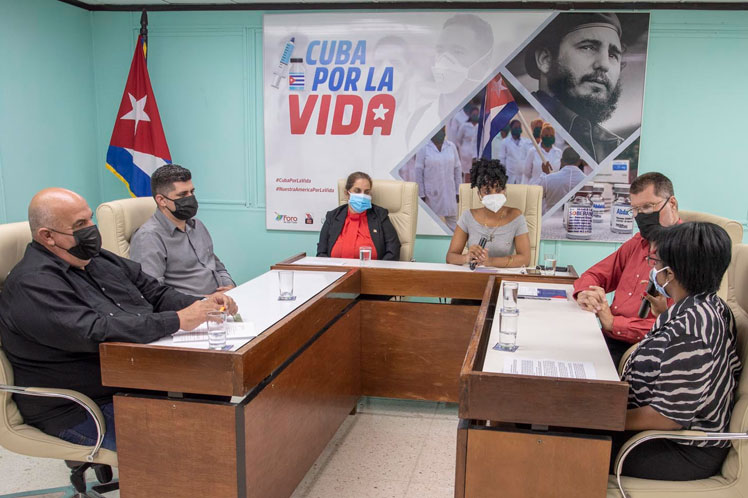 Cuba denounces the US blockade impact on progress

The ‘Truths of the US Blockade’ meeting was arranged by the Ministry of Economy and Planning, along with the National Institute of Economic Research and the National Association of Economists and Accountants of Cuba (ANEC).

Representatives of the State and non-State sectors agreed on the urgent need to put an end to this war that seeks to smother the economy and whose main victim is the family and, in general, the Cuban people.

Norailys Gonzalez, deputy director of the Chemical Products Importing Company, QUIMIMPORT, highlighted the impossibility of acquiring fertilizers and other products necessary for the agricultural sector in the United States despite the proximity of such market.

The aforementioned obstacle forces, she said, to turn to third party suppliers and distant markets, such as Europe, which raises costs and lengthens delivery times to the producer, causing a decline in quality and a rise in the prices of foodstuffs offered to the population.

Due to the US blockade impact, for example, QUIMIMPORT’s supplier of sodium chloride stopped supplying it and they had to turn to intermediaries, with the consequent increase in costs of 500,000 dollars.

Meanwhile, Pablo Orlando Perez, president of the Cooperativa de Creditos y Servicios Frank Pais, noted that the countryside is one of the most affected by the genocidal US policy which causes low agricultural yields by hindering the purchase of essential resources for the advancement of crops.

He set out that Cuban agricultural products are organic and could be exported to the nearby US market, but the measures adopted by Biden’s government prevent them from doing so.

Representing the private sector, Carlos Miguel Perez, general director of Dofleini company, which develops software and offers computer consultancy, shared his experiences. He said they extend their services beyond Cuba, but the blockade thwarts them from entering the US and Latin American markets.

This is also due to the dollarization and Cuba’s impossibility of doing business with US dollars, which makes it difficult to charge customers for services in spite of the quality and professionalism of the entity.

He added that in order to access the main digital platforms it is necessary to pay with Visa and Mastercard, and Cuba cannot use them due to the blockade.

The services provided by the International Law Firm to foreign clients also suffer from those obstacles because, according to its director, Mirtha Morales, to make payments of fees and legal fees they cannot use US banks or their branches, and must resort to intermediaries, a process that delays the terms of the services they provide.

Oscar Luis Hung, president of ANEC, emphasized that the economic damages caused by such policy of the US government, from April 2019 to March 2020, are quantified at 5.57 billion dollars.