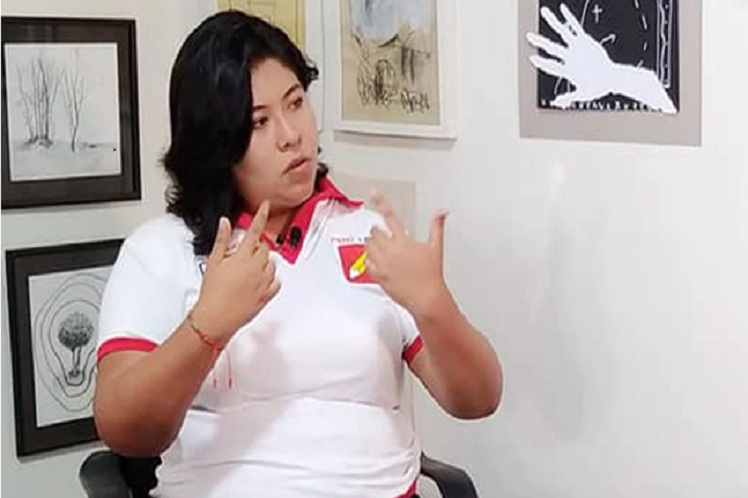 At the same time, two electoral experts evicted the most recent maneuver by the neoliberal candidate, a judicial appeal to have the voter rolls delivered to her in order to search there for evidence of her improbable allegations of fraud by her rival.

Chávez said that Fujimori’s operation to massively annul votes favorable to Castillo tends to muddy the electoral process in order to evade justice, where the Prosecutor’s Office asks that she be sentenced to 30 years in prison.

‘I would not be surprised if Mrs. Fujimori says in a few weeks that she is being politically persecuted and asks for political asylum,’ she said, stating that the electoral process, endorsed by national and international observers, should not be discredited.

On the other hand, Martín de Azevedo and José Tello, experts in electoral law, agreed that the ‘habeas data’ appeal will be rejected by the Judiciary because electoral issues can only be aired by the National Elections Jury (JNE).

They also considered that if the appeal were accepted, the judicial decision would be given at least six months, when the new ruler would already be proclaimed, a legally consummated fact.

The ONPE refuses to deliver the register because it contains protected personal data of the citizens and the parties had access to copies at the voting tables of the June 6 ballot, when the alleged irregularities had to be presented.

All electoral experts rule out the validity of irregularities, as they do not correspond to extreme and limited causes to cancel tables, referring to situations such as acts of violence or bribery.

Azevedo assured that, even when more legal resources can be presented, in two or three weeks the National Elections Jury (JNE) will settle the problem and will proclaim who will govern in the next five years.

Meanwhile, dozens of social and political organizations and citizen groups are preparing for tomorrow a day of peaceful marches in defense of democracy and against a coup d’état.

The rejection of the coup refers to politicians and ex-military members related to Fujimori who propose to annul the elections, which the constitution does not allow, and to call new elections under a government led by the president of the new Parliament, with a conservative majority.