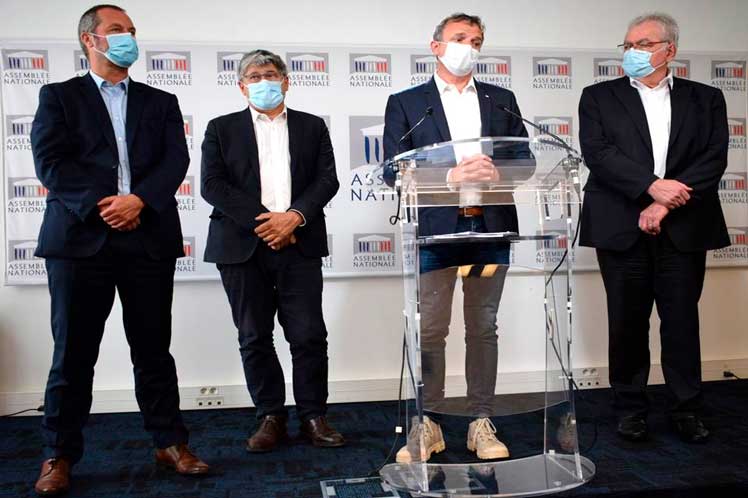 In a press conference at the headquarters of the lower chamber, the ecologist deputy for the department of Bouches-du-Rhône set the parliamentary initiative in the framework of the objective of supporting Cuba’s capacity to produce its vaccines against Covid-19, limited by the economic, commercial and financial siege imposed on it by Washington for more than 60 years.

The proposal responds to the benefit that the lifting of the blockade would bring to the inhabitants of the island and to other peoples of the South, among them Latin Americans and Africans, who receive solidarity aid from Cuba, he pointed out.

Lambert (Regions and Peoples in Solidarity) was accompanied in the presentation by his colleagues Andre Chassaigne, president in the Assembly of the Democratic and Republican Left Group, Stephane Viry (Republicans) and Eric Coquerel (Unsubmissive France).

The promoters of the initiative highlighted the new vote this Wednesday in the UN General Assembly of a draft resolution on the need to put an end to the blockade, similar to the one approved categorically by that multilateral forum on 28 occasions since 1992.

In the introduction to the text, Lambert insisted on the consequences of the U.S. siege for the Cuban population, particularly children, women and the elderly, and denounced that this policy also affects French companies due to its extraterritorial nature.

According to the deputy, only for the concept of fines imposed by the United States, French companies have disbursed 30 billion euros in the last 12 years, a figure that includes the application of extraterritorial sanctions to several nations, among them the Caribbean island.

For his part, Chassaigne described the blockade against Cuba as unacceptable and pointed out that French companies and banks also suffer the permanent threat derived from the siege, to the point of having to abandon projects and operations in Cuba.