Cuba-US: Two positions in the face of safe migration 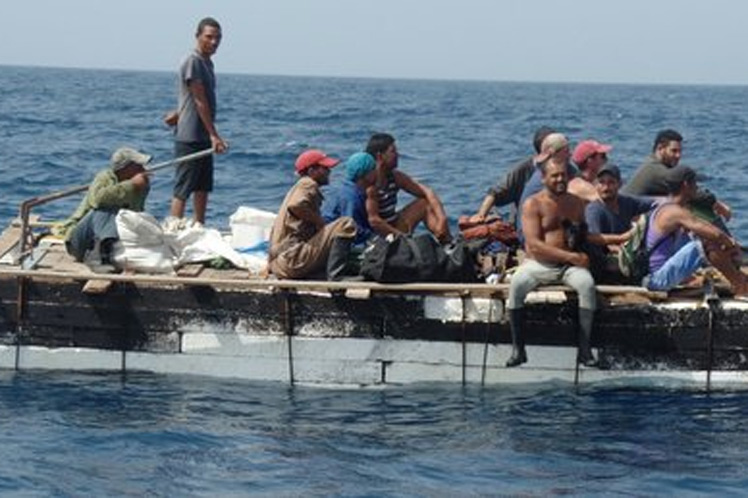 Cuba-US: Two positions in the face of safe migration

The local Granma newspaper published today the statements of several survivors of the shipwreck that occurred on March 4, three nautical miles off Salt Cay, Bahamas, where there were 12 deaths out of the 24 on the boat, among them two children.

Those Cubans had left their country illegally on March 2, through Nazabal Beach, north of Villa Clara (center), in a speedboat from the United States bound for Florida.

At first, human traffickers took them to an inhospitable and uninhabited key, where a second boat, also from the United States, smaller and without enough life jackets, picked them up to take them to their destination.

The ship capsized and its crew members had to remain at sea for 14 hours until they were rescued by a Royal Bahamas Defense Force ship, but the consequences were dramatic, as half of the passengers died.

Although the units of the Border Guard Troops and the Cuban Revolutionary Armed Forces deployed an air and naval search for several days, they were unable to find anyone alive.

In view of the incident, Cuba’s Foreign Ministry issued a statement on March 11, in which it denounced that the suspension of the processing and granting of visas at the US Consulate in Havana is one of the factors that encourages irregular migration.

Also, the transfer of those procedures to third countries, in addition to the validity of the Cuban Adjustment Act of 1966, which grants special privileges to those who migrate from Cuba to US territory.

There is also the non-fulfillment of Washington’s commitment to guarantee a minimum of 20,000 visas per year to those who decide to settle in the neighboring country.

On Thursday, the general director of Consular Affairs and Cuban Residents Abroad of Cuba’s Foreign Ministry, Ernesto Soberon, assured that the measures of the US government prevent the regular and safe transit of Cubans.