Disappearance of socialism is a premise of US policy towards Cuba 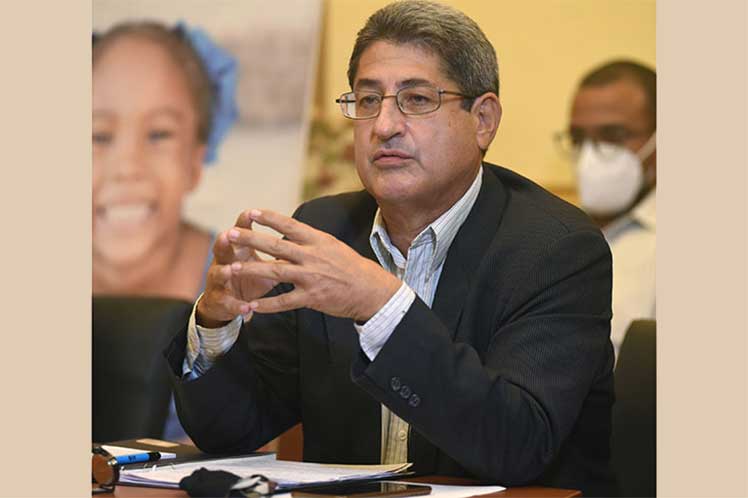 Disappearance of socialism is a premise of US policy towards Cuba

In the event that concluded this Thursday in Moscow, the researcher considered that for the White House, the existence and the example of the island questions its hegemony in the Americas and over the world. ‘Although Cuba does not represent a military threat to the national security of the United States, it is a political and ideological challenge,’ he warned.

Pérez explained that to overthrow or erode the Government of Havana, the different US administrations have designed a military, security, political, economic, ideological and informational infrastructure.

He recalled the attempts to overthrow the Cuban Revolution through the invasion of Playa Girón, the nuclear threat since the missile crisis, support to armed detachments and gangs, internal subversion and international isolation.

He pointed out that a key point of such a strategy has been the economic, commercial and financial blockade that only in 2020 cost the country close to nine billion dollars. The Cuban political scientist warned that by not achieving their objectives, the US authorities added to their strategy ‘the recipes of unconventional warfare,’ he pointed out.

‘Many of their methods have already been tried against Cuba in the past and also recently in other latitudes such as Ukraine, Belarus, Venezuela, Russia itself, Libya, Yugoslavia, among others,’ he said.

The Cuban scholar denounced that in the unconventional war against Cuba, in recent times stands out the use of social networks and the internet in order to generate distrust in the country’s authorities, actions of civil disobedience and instability.

He stressed that the intense campaigns ‘in the networks have been accompanied by a no less intense campaign in the usual international media delegitimizing any government action and outlining a future of uncertainty,’ he commented.

He expressed that such a strategy has contributed to the ‘reinvigorated campaign of the Biden government against Cuba on human rights issues and their correlated actions of certain European actors,’ said the Cuban academic.