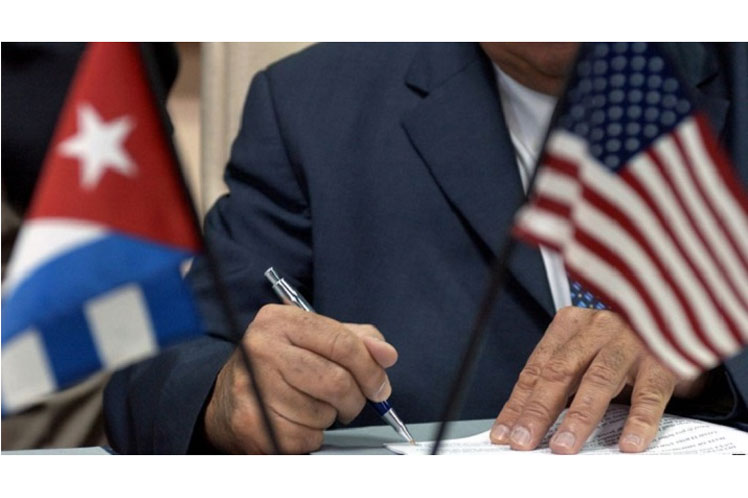 In his account on Twitter, the highest representative of the island’s diplomacy specifically referred to the commitment of that power to grant 20 thousand annual visas for migrants.

Together with the validity of the Adjustment Law and the reinforced economic blockade, it encourages unsafe, irregular and disorderly migration, Rodríguez pointed out in that social network.

In 2018, the administration of Republican Donald Trump reduced more than 60 percent of the diplomatic staff in Havana and closed the United States consulate, in reaction to alleged sonic attacks against officials of that country in Cuba, recalled the Cubadebate website.

Likewise, in March 2019, Washington reduced the validity time of the B2 visa from five years to three months for Cuban citizens, with a single entry.

These measures are added to the breach of the visa quota established by the Migration Agreements, and the interruption of the granting of visas to Cubans, forcing them to travel to third countries to obtain them, without any guarantee of their granting.

On the other hand, it continues to give Cuban citizens a different and unique treatment in the world, by admitting them immediately and automatically, regardless of the routes and means they use, even if they arrive illegally.

This situation causes, in addition to illegal trips by sea, that many Cubans leave their country legally for Latin American countries to reach the United States, becoming victims of traffickers and criminal gangs, the Cuban news portal said.