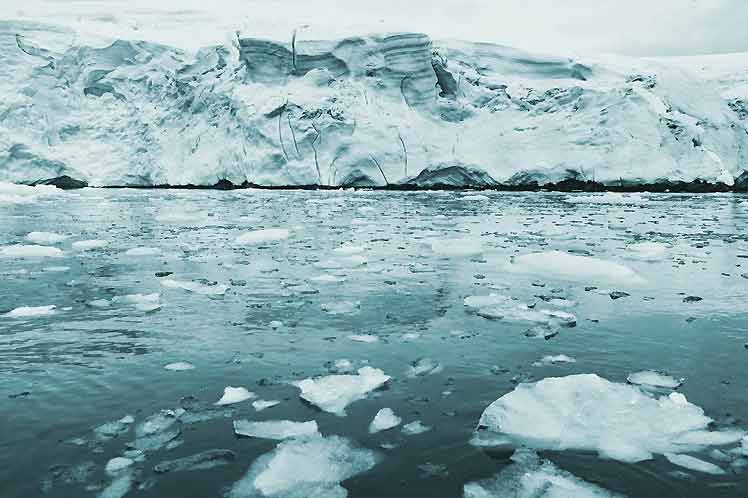 Havana, Jun 26 (Prensa Latina) Atlantic, Pacific, Indian and Arctic are the four oceans so far represented in any mapmaking, however, the National Geographic has officially decreed the existence of a fifth ocean. Called the Southern Ocean, it´s the body of water that surrounds Antarctica.
Share on facebook
Share on twitter
Share on whatsapp
Share on telegram
Share on email

‘It’s unlike any other. I don’t know how to explain what’s so fascinating about it, but glaciers are bluer, air is colder, mountains are more nerve-racking, and landscapes are more captivating than anywhere else you can visit,’ said Seth Sykora-Bodie, National Geographic explorer, when underpinning the existence of another ocean: the Southern Ocean.

Included for the first time since the mapmaking started off in 1915, that body of water remains in place due to the Antarctic Circumpolar Current, unlike others, which define its extension from the root of the continents.

‘The Southern Ocean has long been recognized by scientists, but because there was never agreement internationally, we never officially recognized it,’ National Geographic Society Geographer Alex Tait said.

This ocean current, formed 34 million years ago, flows almost freely from west to east around Antarctica, because the continental mass is smaller at lower latitudes than the Arctic.

Extending from the surface to the ocean floor, the ACC transports more water than any other ocean current. It pulls in waters from the Atlantic, Pacific, and Indian Oceans, helping drive a global circulation system known as the conveyor belt, which transports heat around the planet.

In addition, it is a key factor for other places, as humpback whales, for example, feed on krill off Antarctica and migrate north to winter in very different ecosystems off South and Central America.

Cold, dense water that sinks to the ocean floor off Antarctica also helps store carbon in the deep ocean. In both those ways, the Southern Ocean has a crucial impact on Earth’s climate.

‘This change was to take the last step and affirm that we want to recognize it,’ the entity in charge of the decision wrote in a statement.