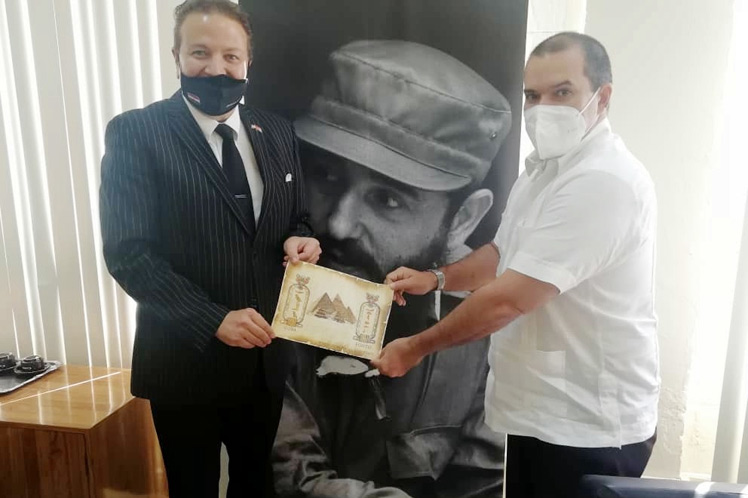 On Monday, El-Adawy, who presented his letter of credence last Wednesday, visited the headquarters of Prensa Latina news agency in Havana, where he held a pleasant and friendly meeting with Gonzalez, during which they discussed the highlights of relations between both countries and the journalistic work of the institution. 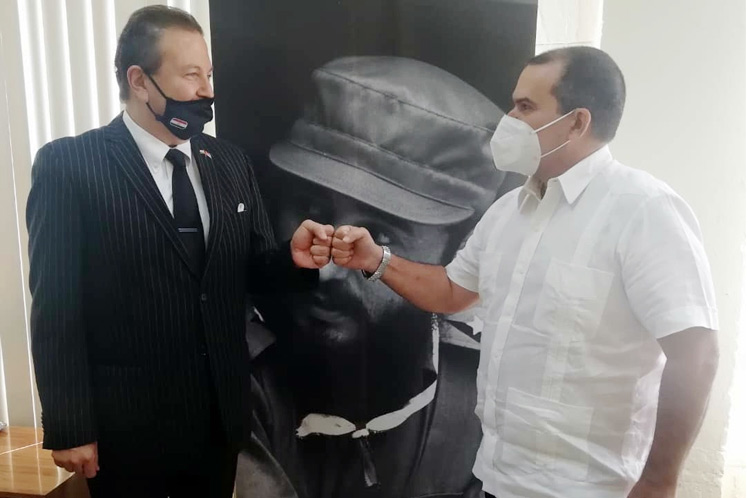 Gonzalez and El-Adawy agreed that Prensa Latina will foster the dissemination of news on Egyptian issues from its office in Cairo and from Havana, and will cover the Egypitian Embassy’s work to promotion bilateral relations, through its different news services and publications.

On September 5, Egypt and Cuba will celebrate the 72nd anniversary of bilateral ties. In fact, they were the first relations established by an Arab African country with Cuba, the diplomat stressed during the meeting.

El-Adawy recalled that after the triumph of the Revolution in 1959, the first official delegation of the Cuban Government overseas, which was headed by Ernesto Che Guevara, visited Cairo and was welcomed by then President Gamal Abden-Naser. Relations have been boosted since then, he said.

He also spoke about the smooth and friendly interaction between Naser and the historic leader of the Cuban Revolution, Fidel Castro.

The ambassador outlined a program to celebrate the 72nd anniversary of bilateral relations, in which he expects, among other events, to organize the screening of Egyptian films in Havana and an art exhibition if the Covid-19 situation allows it.

El-Adawy stated his interest in further promoting relations between the two countries, not only at the political and economic levels, but also to strengthen them between the two peoples on the basis of better understanding of their culture and history