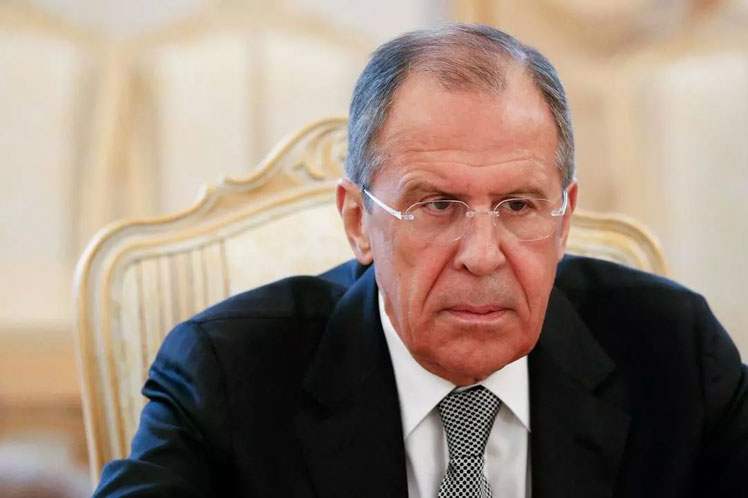 In his article, published on Monday in the Kommersant newspaper and the Global Affairs magazine, the diplomat pointed out that ‘when it is profitable, the peoples’ right to self-determination is considered an absolute rule,’ he commented.

In that regard, he mentioned The Malvinas (Falkland) islands, 12,000 kilometers away from the United Kingdom and still in the hands of London, as a remote colonial possession, despite a number of resolutions by the United Nations and the International Court of Justice, he said.

‘When the principle of self-determination contradicts the geopolitical interests of the West, like the case of the free expression of will of the inhabitants of Crimea to a common destiny with Russia, they forget about it and condemn people’s free choice, they punish them with sanctions,’ Lavrov underlined.

The use by the western countries of their rules instead of the existing international law instruments shows that they make an effort to ‘act according to their concepts’ in the international arena.

The head of Russian diplomacy pointed out that the ‘beauty’ of western rules lies precisely in the absence of details.

He explained that as soon as someone acts against the West’s will, they immediately declare that he/she has broken the laws and announce their ‘right to punish the offender’.

According to the Russian official, even though the United Nations counts on platforms for negotiations on important world issues, the West does not appreciate them, because they require consensus and having to take other countries’ opinions into consideration, and that keeps them from setting their own rules.

The agreements of accession to Russia will be signed this Friday

The agreements of accession to Russia will be signed this Friday