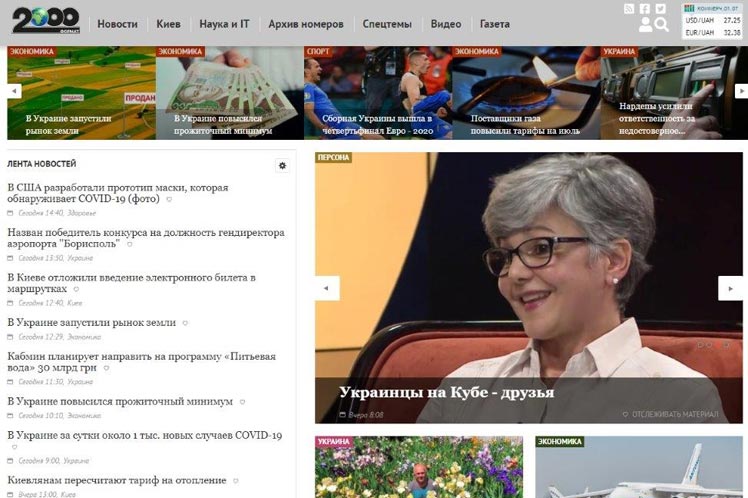 In an interview with the Ukrainian newspaper 2000, the diplomat stated that based on this experience, the Cuban Ministry of Health expressed its willingness to organize programs for the treatment of patients with different types of diseases.

During the talk with journalist Victor Pasak, president of the Ukraine-Cuba Friendship Association, Diaz also referred to the blockade that the Government of the United States has imposed on Cuba for more than 60 years.

The ambassador denounced the tightening of Washington’s policy on Cuba in the last four years, especially during the Covid-19 pandemic.

She recalled that on June 23, the United Nations General Assembly voted for the 29th consecutive year on a Cuban resolution against the blockade, and highlighted the overwhelming support from the international community, which approved the resolution with 184 votes in favor, two against (United States and Israel) and three abstentions (Brazil, Colombia and Ukraine).

Diaz also referred to the Cuban Revolution’s achievements in the sectors of education, health care, culture and the biotechnology industry, a sector in which she praised the medical protocol developed by Cuban scientists to fight the Covid-19 pandemic.

In this regard, she underscored Cuba’s progress with its vaccine candidates against the SARS-CoV-2 coronavirus and noted the Cuban Government’s intention to immunized the entire population by December.

Regarding trade between Cuba and Ukraine, the Cuban representative recognized that there is great potential for the development of bilateral economic ties.

Among the possible areas of cooperation, the official mentioned agriculture, iron and steel, and food production (meat, products, dairy), among others.