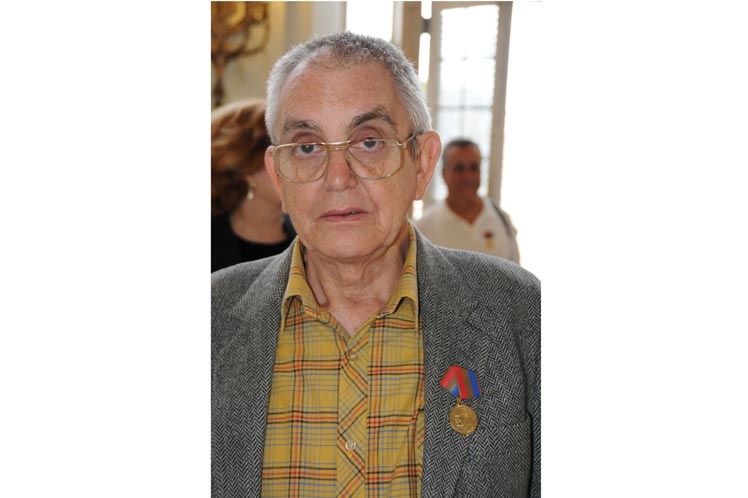 Vaillant worked in the last two decades as the head of publishing of Orbe newspaper, which is distributed as supplements to national media in Mexico, Bolivia and Venezuela.

Born on August 31, 1945, in Santiago de Cuba, he joined the ranks of the Association of Young Rebels as an adolescent and, at the call of the Revolution, he joined the Martires de Giron School of Industrial Chemistry, in Siboney, Havana province, where he stood out as a student leader.

Due to his merits, he was among the founders of the Cuban Young Communist League (UJC) in the regional BECAS (SCHOLARSHIPS), an organization in which he held several responsibilities and was a member of its National Committee.

Vaillant held posts in the Deputy Ministry for Technological Teaching at the Ministry of Education until he was promoted to head of the Department of Attention to Students at the Young Communist League.

He participated in the founding of the Federation of Middle School Students (FEEM) and the organization of its first congresses, as well as in the preparation of the Cuban delegations to the world youth festivals.

Characterized by a permanent desire of professional improvement, he graduated from the School of Journalism at the University of Havana and worked at the headquarters of Juventud Rebelde newspaper, where he was an assistant director.

Convened by the National Institute of Sports, Physical Education and Recreation (INDER), he was a propaganda director, a task in which he contributed to establish fluid links with the specialized circle of the Union of Journalists of Cuba (UPEC).

Vaillant traveled to several countries leading delegations and was a member of the Cuban representation that got the country’s best historic results in the 1992 Olympic Games in Barcelona.

He was also a member of the Provincial Assembly of People’s Power (Parliament), in which he was a secretary of the Administration Council in Havana.

Vaillant was a member of the Communist Party of Cuba (PCC) and held political and professional tasks with exemplary dedication.