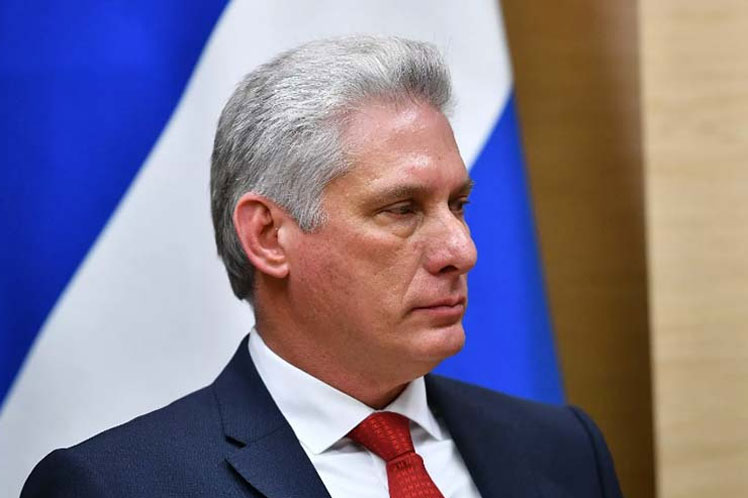 According to the president, the United States lies, defames and slanders by accusing Havana in its report on that scourge, released on July 1 by Secretary of State Antony Blinken.

‘The US government resents the moral, solidarity and humanist example of our medical brigades of internationalist cooperation,’ the head of State tweeted. A recent statement from Cuba’s Foreign Ministry rejected Washington’s campaign against international cooperation in the area of health and ratified the country’s zero tolerance policy against any form of human trafficking.

According to the text, the US State Department report is a defamatory initiative promoted by the most reactionary and corrupt sectors of that country.

Cuba has a policy of zero tolerance to any form of human trafficking, and an excellent performance in preventing and fight against it, as well as protecting victims, a record, registered by the United Nations and other international organizations, Foreign Minister Bruno Rodriguez wrote on Twitter.

The report accuses Cuba of insufficiently complying with the minimum standards for the elimination of human trafficking and not making significant efforts to that end.

Such accusation is part of the campaign to discredit Cuba’s international cooperation in the field of health, for which the country has received the recognition of dozens of governments and the appreciation of the benefited populations, the press release issued by Havana refers.

Rodriguez also rejects the involvement in the campaign of extremist groups of Cuban origin represented in Congress by figures such as Senators Marco Rubio and Robert Menendez.

The United States is one of the countries with the greatest problems of human trafficking, with policies aimed at smothering Cuban economy and not complying with bilateral migration agreements that favor organizations linked to international crime, smuggling of migrants and human trafficking, the FM concludes.