Russia denounces US links with the UK destroyer provocation 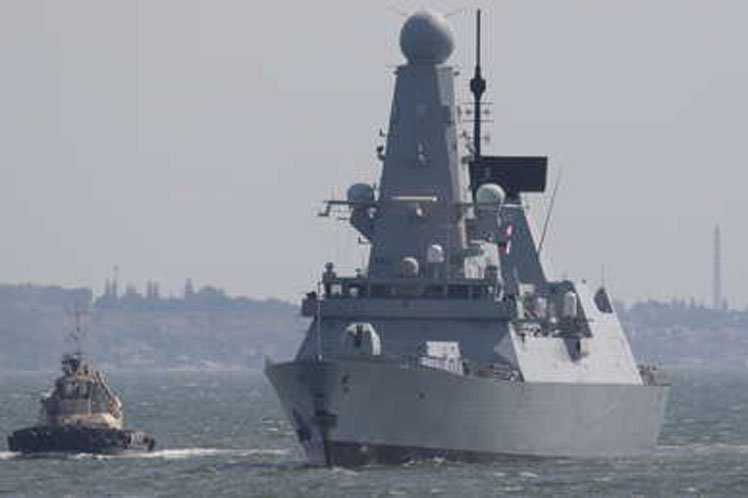 Russia denounces US links with the UK destroyer provocation

‘I think our intelligence, of course, knows who made the decision,’ the politician told Russia 1 TV channel, referring to the incident with the UK warship in the Black Sea on June 23.

The presidential press officer said that ‘the essence of such operations’ is planned by high-level executives ‘on the other side of the ocean;’ therefore, he was of the opinion that ‘in this case, the destroyer was just an instrument of provocation.’

Peskov noted that Russia’s President Vladimir Putin explained that with the incident ‘they are probing some weak points, both in the system of monitoring the integrity of the borders and in the response system. It was a conscious and well-planned provocation,’ he highlighted.

He emphasized that Russia will respond forcefully to provocations in the style of the British destroyer’s incursion into its territorial waters.

He noted that he is ‘not in favor of discussing such apocalyptic scenarios. But it is obvious that the reaction, of course, will be harsh,’ he said.

Russia’s Defense Ministry reported on June 23 that the Black Sea Fleet, along with the Russian Federation Border Service, stopped the violation of the state border by the British Navy destroyer Defender near Cape Fjolent.

Russia deemed the actions a serious violation of the UN Convention on the Law of the Sea, and called on the British side to investigate the actions of the ship’s crew.

On June 30, Putin claimed that the British vessel violated Russian territorial waters on the evening of June 23, but warned that on the same day, at around 7:30 local time, a US reconnaissance plane took off from a NATO airfield in Greece.

‘We watched it very well. It was obvious that the destroyer entered the Russian territory for military purposes, trying to find out with the help of the spy plane the actions of the Russian armed forces in the face of provocations and to learn how everything works,’ the head of State indicated.

The President said that during that time, they were observed by the Russian defense forces. ‘We were providing them with the information we considered necessary,’ he said during the annual Direct Line television program.

The incident was denied by London, despite the existence of videos, photos and reliable information about it.