Return of a classic 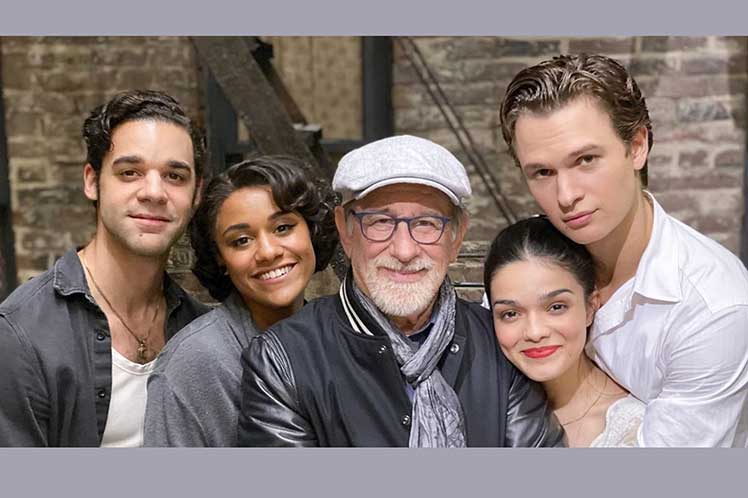 Return of a classic

The famed director will release next December his version of the blockbuster West Side Story, just six decades after the film took theaters by storm.

Like its 1961 predecessor, Spielberg’s creation will be based on the musical of the same name that premiered on Broadway in 1957 with music by Leonard Bernstein, who was freely inspired by Romeo and Juliet.

As in William Shakespeare’s well-known tragedy, West Side Story reflects the forbidden love of two young people struck by a feud between enemies, in this case two gangs that clash in New York in the mid-1950s: the Sharks, of Puerto Rican origin, and the Jets, of European roots.

According to the information released so far, Spielberg’s film will seek to overcome controversial elements of the original work of 60 years ago, which received 10 Oscars at the time (the most ever for a musical feature film), including Best Picture.

In statements made by the filmmaker to Vanity Fair magazine, his remake seeks to remain faithful to the Puerto Rican experience, the migration to the United States and the struggle to make a living, have children and battle the obstacles of xenophobia and racial prejudice.

In that sense, the filmmaker stated that he only wanted Latino actors to play the Hispanic characters, unlike the 1961 film adaptation, directed by Robert Wise and Jerome Robbins, in which many white actors with dark makeup took on the roles of Puerto Ricans.

The protagonist Maria, sister of Bernardo, the Sharks’ boss, who falls in love with Tony, a former member of the Jets, was played in that film by actress Natalie Wood, of Russian descent; and even the award-winning artist Rita Moreno, in charge of portraying Anita, was forced to darken her face, despite being Puerto Rican herself.

These controversial casting decisions appear to have no place in Spielberg’s project, which will feature young actors Rachel Zegler, of Colombian origin, in the role of Maria; Ariana DeBose, of Puerto Rican descent (Anita); American Ansel Elgort (Tony); and Canadian David Alvarez (Bernardo).

At the same time, it remains to be seen whether the new film will overcome some of the stereotypes blamed on the previous film, including the portrayal of Puerto Ricans as knife-wielding gang members surrounded by a climate of violence.

The challenge for Spielberg seems to be to move beyond those problems while remaining faithful to the exposition of social and racial conflict, while preserving the visual, musical and choreographic appeal that made West Side Story a benchmark in the world of the stage and the big screen.

If anyone has the credentials to deliver a product that meets these and other expectations, it is Hollywood’s so-called King Midas. From December 10, the date scheduled for the premiere, we will know if his version also turns into gold.