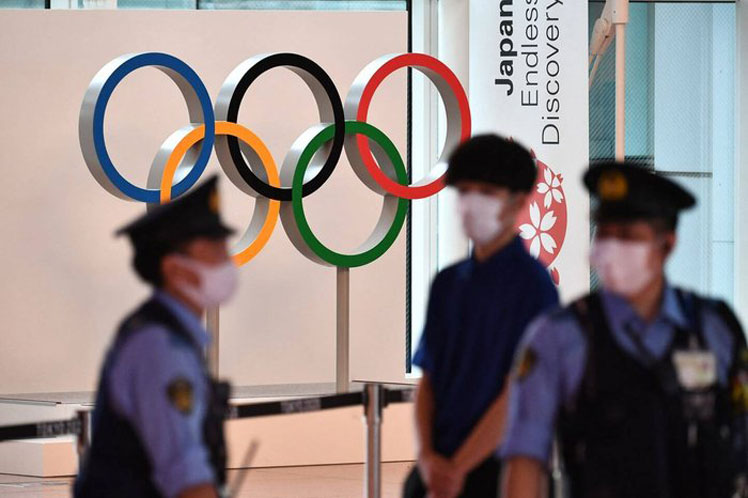 The measure will come into effect next Monday, July 12 and will end on August 22, the period covered by the encounter under the five Olympic rings.

In addition to Tokyo, around the same time the emergency situation was prolonged on the island of Okinawa, and in the prefectures of Osaka, Saitama, Kanagawa and Chiba the regime of reinforced sanitary restrictions was extended.

‘I offer you my deepest apologies for having to re-enact a state of emergency just three weeks after lifting the previous one,’ Suga said at a press conference broadcast by the Japanese network NHK.

During the time that the decree lasts, the sale of alcoholic products will be restricted and karaoke will be prohibited in restaurants and bars.

Japanese authorities also urged citizens to refrain from travelling between regions during summer holidays and traditional Obon celebrations, the latter characterized by visits by the population to the graves of their ancestors and to other prefectures.

According to the Japanese prime minister, if the situation in hospitals improves and vaccination has a visible effect, the state of emergency could be lifted earlier.

The Japanese government’s decision tries to stop the rise in infections of the SARS-CoV-2 coronavirus, the cause of the pandemic, with 920 cases of infected reported on Wednesday in this capital, the highest since mid past May.

For the eighteenth consecutive day, the number of new positives exceeds that of the same day of the previous week.

The Kyodo agency reported on Thursday that the organizers of the Olympics decided to hold the competitions in Tokyo, Saitama, Chiba and Kanagawa without spectators.

The president of the International Olympic Committee, Thomas Bach, arrived in Japan today and intends to hold telematic and face-to-face meetings with those responsible for the important sports event to analyze, among other issues, the policy to be followed with respect to public attendance.