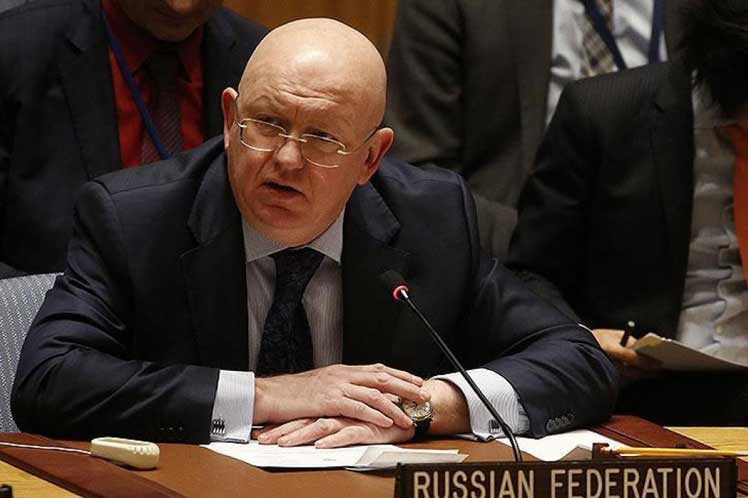 ‘For the first time, Russia and the United States were able not only to reach an agreement, but also to provide a joint text, which was supported by all our colleagues in the Council,’ Nebenzia stressed, according to the TASS news agency.

The Russian ambassador expressed his hope that such ‘scenario will become a turning point, from which not only Syria and the Middle East region will benefit, but the entire world as a whole.’

He also stressed that the resolution for the first time focuses on the development of the dispatch of humanitarian aid through the contact lines.

He stressed the importance of strict control over the work of the cross-border assistance mechanism, on which the UN Secretary General, António Guterres, must submit a compliance report to the Security Council in six months.

The resolution jointly prepared by Russia, the United States, Ireland and Norway, provides for the extension of the operation of the Bab al Hawa checkpoint on the Syrian-Turkish border for 12 months.

Moscow defends that the delivery of humanitarian aid to the Arab nation must be coordinated with the Damascus authorities and maintains the importance of creating a real mechanism that allows international aid to reach all corners of the Arab nation.

At the recent 16th international meeting on Syria in the Astana format, concluded yesterday in the Kazakh capital, a declaration was approved emphasizing the need to increase humanitarian assistance ‘to all Syrians throughout the country without discrimination, politicization and preconditions. ‘.