Diaz-Canel calls for peace, harmony and respect in Cuba 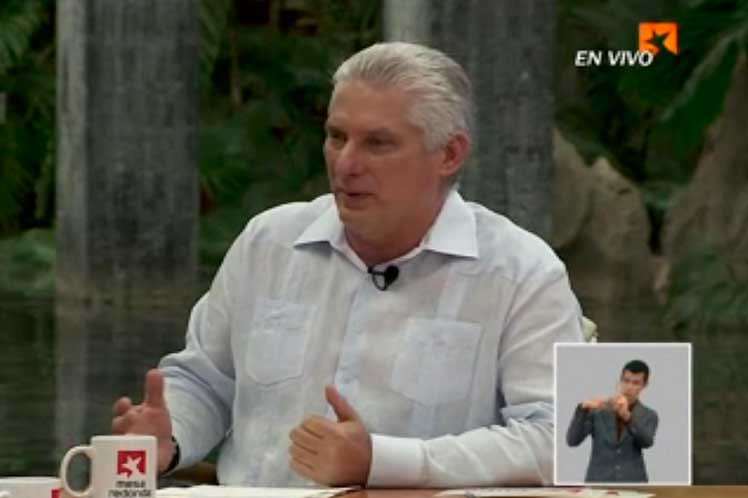 Diaz-Canel calls for peace, harmony and respect in Cuba

Diaz-Canel in a televised appearance, urged to multiply the feelings of solidarity, sensitivity and social responsibility, and to make a greater effort, achieve results and help each other; as well as to overcome disagreements and seek solutions among all.

He explained in detail the events of July 11th, how they were encouraged from outside the borders, the social sectors involved in the riots in several parts of Cuba, where there were acts of vandalism and violence.

The Head of State further commented that acts were committed against the Constitution endorsed by more than 86 percent of the citizenship, hence the law will be applied in its fair measure, with procedural guarantees, and taking into account the case of the young people involved.

He pointed out that his call to defend the streets was misinterpreted, but remarked that revolutionaries have the duty to protect the patrimony of all and that these are constitutional precepts.

Diaz-Canel spoke of the lessons learned from these events, such as the improving work and the need for changing the ways of doing things.

‘We have to learn from this that State institutions and leaders should reach out more to the more vulnerable neighborhoods, with all our structures, mass organizations; and above all help each other to attend to social problems we have in the communities,’ he further said.

The President called on the government to promote a deep social work, based on solidarity, conciliation and commitment to reach the most vulnerable.