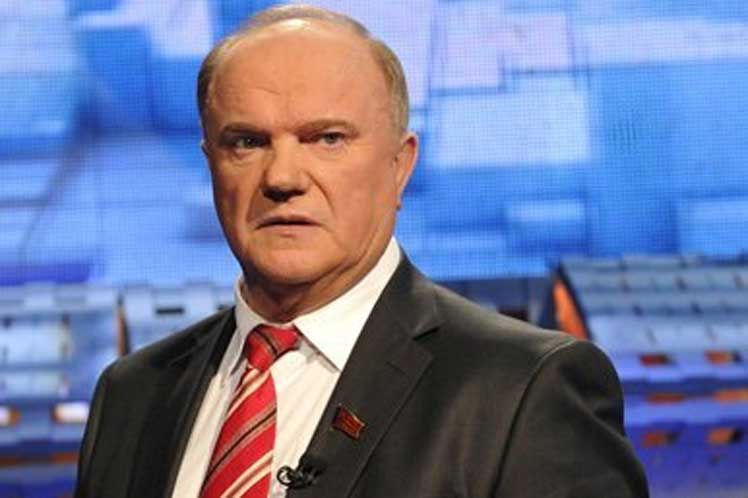 ‘This is a too important moment. We must unite to prevent further provocations,’ said the statement signed by the CPRF president Gennadi Zyuganov.

The text condemned that on July 11 ‘the Cuban people have been object of powerful and carefully planned attacks,’ so ‘it´s sacred duty of all people of good will to protect their election together,’ Zyuganov said.

Zyuganov explained that neither a brutal blockade that violates all international law regulations and principles of humanism, ideological plotting, nor terrorist acts on Cuba could crush the Cuban Revolution.

‘Even after tragic destruction of the Soviet Union, the United States was unable to bring the Cuban people to its knees,’ the statement said.

The document strongly rejected the tightening of hostile US policy on Cuba in recent years, the impact of which increased amid the epidemiological situation caused by the Covid-19 pandemic.

The CPRF proclamation considered the recent unrest in Cuba, encouraged from abroad, as a hostile act of US meddling into internal affairs of a sovereign state.

It warned that the media hype provocations, acts of sabotage, terror and vandalism bound for overthrowing people´s power by using the ‘color coups’ techniques.

‘The objective is to plunge Cuban society into a complete chaos, to divide it and to touch off a fratricidal civil war,’ according to the document.

Russian communists expressed their confidence that the Cuban authorities, ‘with the wisdom of the working people and their willingness to fight for the freedom and independence of the Homeland’, will allow the country to overcome all pitfalls.