Andalusia stands out in demonstrations of solidarity with Cuba 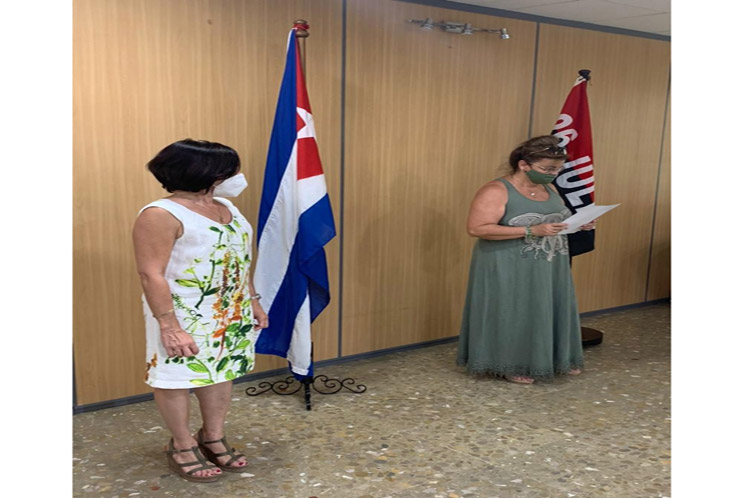 Andalusia stands out in demonstrations of solidarity with Cuba

In addition, funds were raised for the purchase of sanitary material to be sent to the Caribbean island, in the meeting held in the Plaza Félix Rodríguez de la Fuente, Seville.

Organized by the Workers Communist Party of Spain (PCTE), the meeting followed a previous one held at the Cuban Consulate in Seville to celebrate the 68th anniversary of the storm on the Moncada and Carlos Manuel de Céspedes barracks in eastern Cuba.

It was attended by representatives of the Communist Party, PCTE, José Martí Cuban-Andalusian Cultural Society and the Association of Cuban Residents in Andalusia Tocororo.

Madrid, Barcelona, Vigo, Gijon, Alicante, Bilbao, Vitoria, Granada and Malaga will be the main scenarios of other demonstrations in support of the island, detailed the State Movement of Solidarity with Cuba (MESC).

In Catalonia, this Saturday, numerous people gathered in the Sant Jaume square in Barcelona, where they expressed their repudiation of the campaign of harassment that Cuba is permanently undergoing, ‘orchestrated by the US governments and the terrorist actions of ultra-right-wing organizations from Miami’.

Today, Sunday, a mobilization took place in the Plaza de La Habana in Gijón/Xixón under the slogan ‘Solidarity with Cuba and its Revolution’, organized by ‘Asturias with Cuba.

Tomorrow Monday, between 19:00 and 21:00 local time, numerous marches will take place with the reiterated slogans rejecting the US economic blockade.