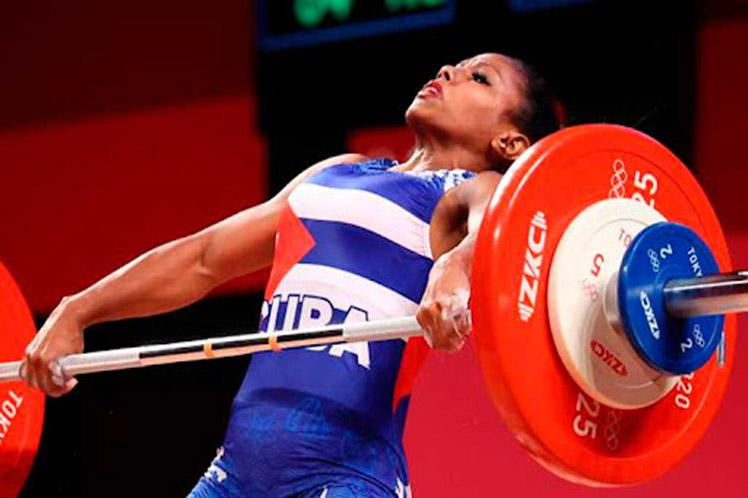 On the first day of this discipline, Ludia Montero, in the 49-kg category, ended in sixth place, thus improving the eighth place achieved in Rio de Janeiro 2016 by her teammate Marina Rodriguez.

‘This performance encouraged the rest of our athletes, who yearn to improve that position, as they have already let us know,’ Jorge Luis Barcelan, national commissioner of this sport in Cuba, told Prensa Latina.

Despite this boost in self-confidence, Barcelan commented that winning a medal is not foreseen, ‘although there may be a surprise if they manage to combine their best lifts in the snatch and the clean and jerk.’

In addition to Montero, the Cuban team is made up of Rodriguez (64 kg) and debutants Eyurkenia Duverger (over 87 kg) and Olfides Saez (96 kg), captain of the national team and World Cup medalist.

‘This is just the beginning of the rebirth of Cuban weightlifting,’ Yoany Ginebra, head of the women’s coaching staff, who expects ‘similar or better results in the coming days,’ said.

Thus, far from being seen as an authentic utopia, and as idealizing is part of the folklore of life, the Cuban weightlifting family silently dreams of stepping onto the podium, something the nation has not achieved since Beijing 2008.