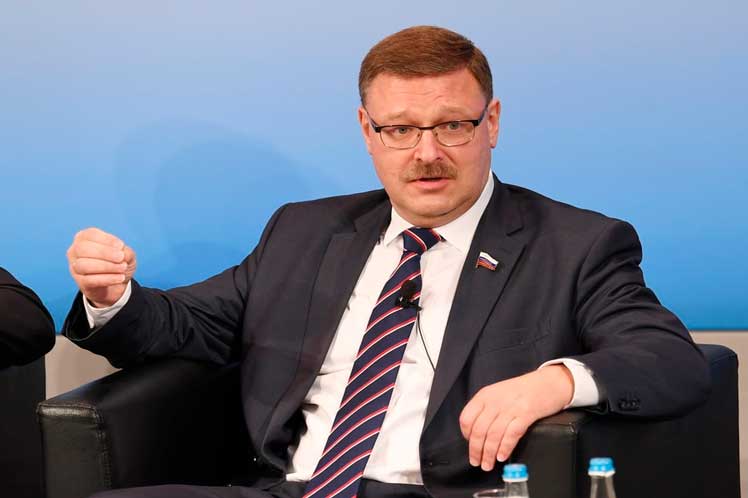 Speaking on the Russia 24 television channel, he explained that all offices accepted the conditions proposed by the Russian government, except the Organization for Security and Cooperation in Europe (OSCE).

The Russian senator emphasized that the number of guest observers is large. ‘Thirty observers came to the US elections, we are inviting ten times more. Five or seven people came to the Dutch elections,’ he said.

Kosachev reiterated that Russia is completely open to international observers, something that, he underlined, is regulated in the country’s Constitution.

He explained that invitations were sent to all of Russia’s traditional partners, including the Office for Democratic Institutions and Human Rights (ODIHR) and the Parliamentary Assembly (PA), both attached to the OSCE.

He commented that there were no discriminatory conditions for these organizations. ‘They were invited to our country on equal terms with the rest of participants,’ which, he clarified, are transparent and were accepted by the rest of the observers.

The Russian politician emphasized that international observation as an institutional figure is recognized only by 35 of the 57 OSCE member States, including Russia, where this process is included in the country’s law.

‘The remaining 22 states do not regulate international observation in their national legislation in any way,’ said Kosachev, who mentioned the United States, Germany and France among them.