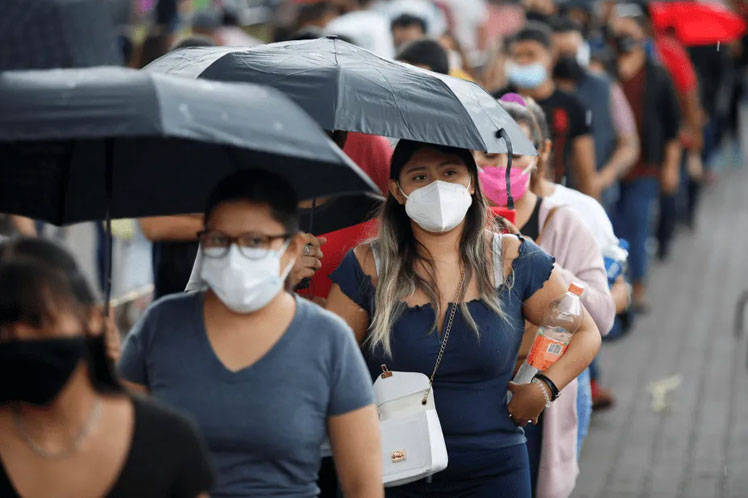 In its morning update, the Health Ministry indicates that the number of deaths rose to 243,165 due to the occurrence of 618 deaths in the last few hours. Mexico City continues to register the highest number of deaths, with 46,127, and from July 30 to August 5, 112,566 deaths were registered.

National hospital occupancy in general beds stood at 51 percent and with ventilators at 42 percent, he reported.

He explained that the epidemic curve rose 22 percent, with the occurrence of 138,96 active cases, most of which are concentrated in the country’s capital, which at the moment accumulated 35,110 new infections.

Meanwhile, in Nuevo Leon, starting next Monday, restrictions will be implemented due to the increase in deaths and infections, reported Governor Jaime Rodriguez Calderon and Health Secretary Manuel de la O Cavazos.

The governor announced the cancellation of massive events, including the Independence Day Cry and the swearing in of the elected mayors. pgh/abo/mgt/lma