Cuba surpassed performance of Rio, London and Beijing in Tokyo 2020 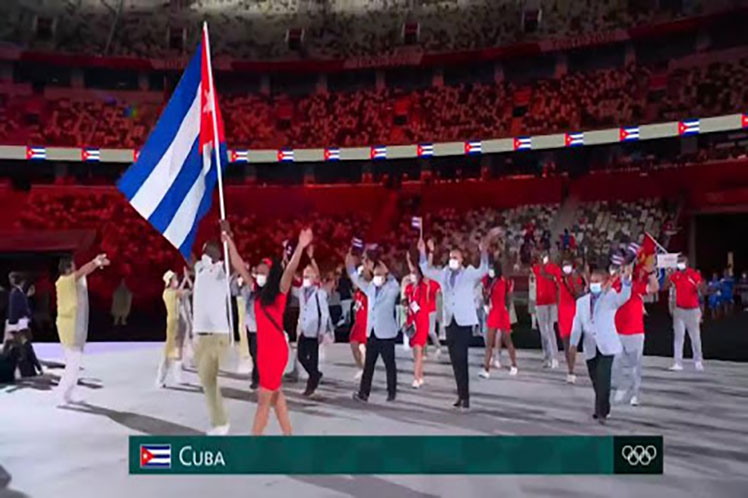 Cuba surpassed performance of Rio, London and Beijing in Tokyo 2020

This result ratified Cuba as second with the highest number of awards in the entire American continent in history (85-71-88), behind the United States, and leader among all Spanish-speaking nations.

Among the milestones of the Cuban Olympic delegation in Tokyo stands out the already legendary Mijaín López, wrestler who made history by winning his fourth consecutive gold medal in Greco-Roman style, the only gladiator with four titles in summer events.

About to turn 39, Mijaín López, ‘El Niño’ from Herradura, Pinar del Río, showed he still has no rivals in his sport, by winning overwhelmingly in the Japanese capital without giving up a single point in four fights .

With his fourth gold, the ‘Horseshoe Giant’ entered the glory of Olympus with North Americans Carl Lewis (sprinter and jumper), Al Oerter (discus) and Michael Phelps (swimmer), who were until now the only athletes with four consecutive Olympic titles in the same sport. Also exalted with an Olympic record included, Cubans Serguey Torres and Fernando Jorge won a spectacular competition by beating China and Germany in canoeing of C2 1000 meters in the final seconds, to show on their breasts what at the time was Cuba’s third gold medal in Tokyo 2020.

The first to win gold for the Cuban delegation in Tokyo was Luis Alberto Orta, a Greco-Roman style fighter who prevailed in all his 60 kg bouts.

In addition to the silver and bronze winners, other athletes from the island were honored with the Olympic Diploma for having reached the finals in their respective disciplines.

Thus, Cuba finished 14th in the table of medals by countries, among 93 nations that achieved at least one bronze medal, a record number above 86 in Rio 2016; 85 in London 2012, and 87 in Beijing 2008, evidence of the widespread competitive rivalry in the world today.