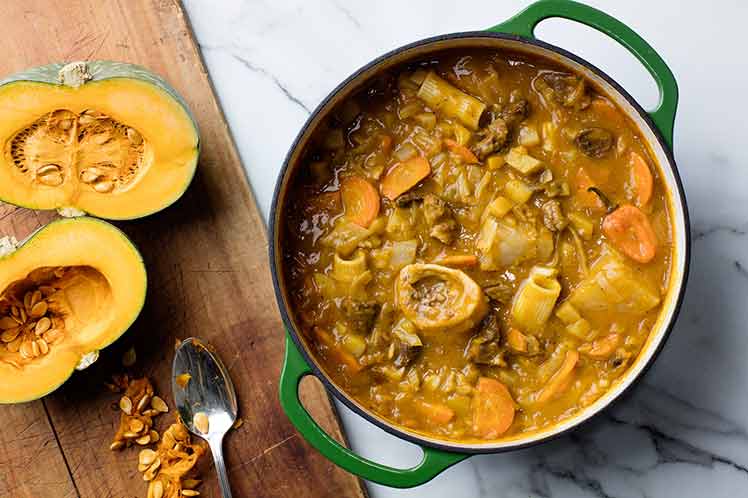 It is also associated with independence; it is a common delicacy every January 1, the date that marked the end of French domination in 1804 and a typical Sunday dish in some areas, including the capital, Port-au-Prince.

The stew is steeped in tradition, as it was forbidden for the slaves that populated Haiti until leader Jean-Jacques Dessalines declared their liberation. Historians narrate that on that day they prepared and consumed it, a custom that has survived to the present day.

Although pumpkin is the main ingredient, depending on the region, thyme, celery, carrots, yams, other vegetables, rice, pasta and various types of meat are added.

Even outside the country, in places with large communities of the Haitian diaspora, the dish has a symbolic value and is enjoyed at the beginning of each year. New vegetarian variants and other styles also emerge.

It is served with potatoes, plantains or bread and is shared with the family and the community, but almost never alone.

Last March, Haiti’s ambassador to UNESCO, Dominique Dupuy, inscribed joumou soup among the candidates for World Heritage status for its contribution to the country’s culture.

‘I bet that you can’t find any other element that arouses so much consensus,’ Dupuy said, emphasizing that it unites Haitians in the interior of the country, brings them closer to Africa and to a future in which they can have hope.