The world remains in danger of nuclear weapons 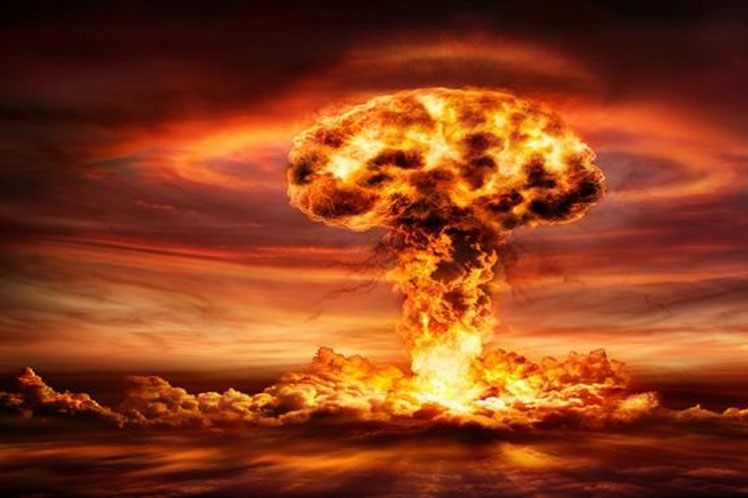 The world remains in danger of nuclear weapons

On his official Twitter account, he underscored that 76 years following the destruction of Nagasaki by a US air strike, it is urgent to completely eliminate such nuclear devices and thus avoid all the incalculable evil they can cause.

Meanwhile, the UN High Representative for Disarmament Affairs Izumi Nakamitsu sent a message to the commemorative ceremony at the Nagasaki Peace Memorial.

The people of that Japanese city knew how to build after the catastrophe a cultural metropolis with the nuclear war’s ashes, assured the official. In that sense, she paid special attention to the role played by the atomic bomb’s survivors, known as ‘hibakusha,’ and pointed out their courage in the face of the immense tragedy is a beacon of hope.

In addition, Nakamitsu added, their efforts helped create a powerful global movement against nuclear weapons, based on the knowledge that a single blinding blast can produce untold suffering from generation to generation.

The high representative reaffirmed the UN’s support for ensuring the hibakusha’s voices be heard by all, especially the younger generations.

Currently, she warned, the prospects for the use of nuclear devices are as dangerous as at any time since the height of the Cold War.

Countries are competing to create more powerful weapons and expand the potential scenarios for their use, war rhetoric is ramped up and dialogue is muted, she regretted.

Meanwhile, the diplomat welcomed the reaffirmation by the United States and Russia that a nuclear war cannot be won and should never be fought, and their commitment to engage in arms control dialogue.

She also congratulated the sides to the Treaty on the Prohibition of Nuclear Weapons on the entry into force of that instrument.

As Nakamitsu recalled, the UN was created to thwart the war scourge, and in pursuit of that goal, it is incumbent upon all member states to seek the eradication of the deadliest weapons ever created.

On August 9, 1945, the US Air Force dropped the ‘Fat Man’ bomb on Nagasaki, after three days earlier another bomber dropped ‘Little Boy’ on Hiroshima, which devastated a range of 13 square kilometers.

Both attacks caused the death of over 140,000 people and in that month August, the Japanese Emperor Hirohito made official an announcement of surrender that materialized on September 2, 1945.

It was then US President Harry S. Truman, who in the framework of World War II (1939-1945) authorized the bombing, arguing that Japan had refused to accept surrendering as proposed by the allies.

US weapons sent to Ukraine can turn against it

US weapons sent to Ukraine can turn against it