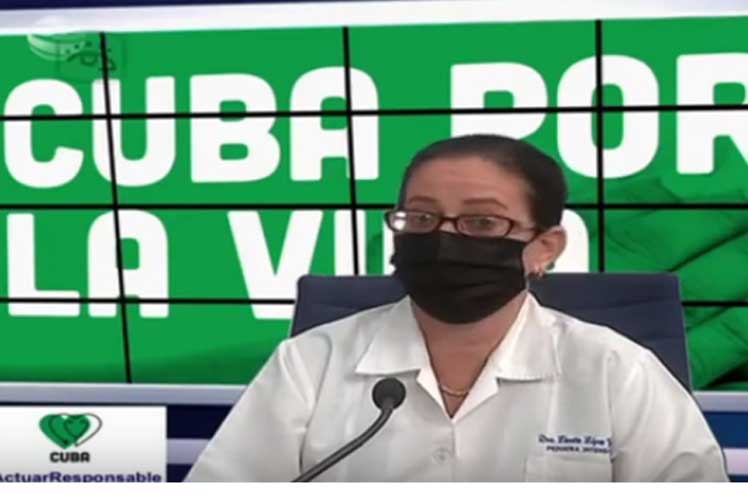 Dr. Lissette López González, head of the National Group of Pediatrics of the Ministry of Public Health (Minsap), reported in a television press conference that since the beginning of the pandemic, 82,964 cases have been reported of which more than 4,066 are infants.

López González recalled that at the end of August 12 last year, three cases were reported in that population group, all from the province of Havana (west), the increase is attributed to the Delta variant of the SARS-CoV-2 virus.

She specified that in the last 15 days, 28 percent of pediatric cases were diagnosed, figures similar to the rest of the region and the world, which is a matter of concern for those countries with high vaccination levels.

The specialist urged Cuban families to avoid habits like blowing or tasting the food of children before feeding them, as well as extreme hygienic-sanitary measures to avoid severe diarrhea diseases in infants.

Together with the latter and fever, they are reasons for most visits to the doctor, and she recalled keeping breastfeeding as the only safe way to protect newborns.

On the other hand, she highlighted the good advance of Soberana Pediatrics and Ismaelillo clinical trials and predicted good results, citing a conversation with Dr. Dagmar García, director of research at Finlay Vaccine Institute, the center that engineered Soberana 02 and Soberana Plus vaccine candidates.

Ismaellillo study for pediatric ages is carried out with vaccine against Covid-19 Abdala, produced by the Center for Genetic Engineering and Biotechnology (CGEB).