Fidel Castro will always be among us, Latin American analysts affirm 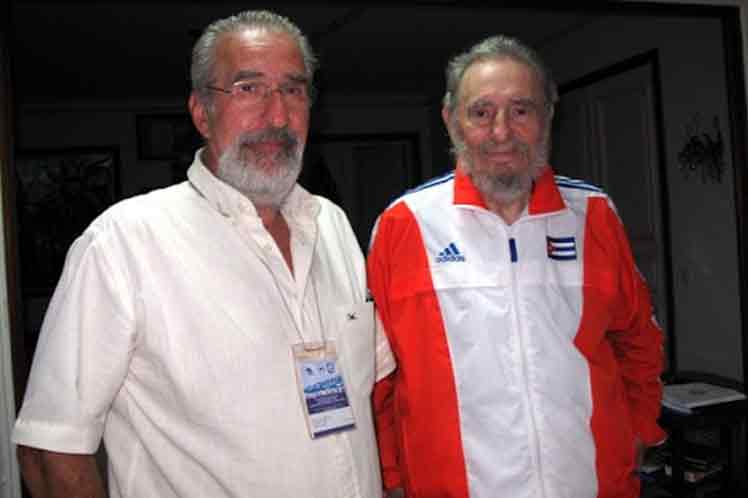 Fidel Castro will always be among us, Latin American analysts affirm

During an international meeting about the top leader of the Cuban Revolution, Argentine journalist Atilio Borón assured that his physical disappearance left an immense void in international politics.

‘He was one of the most extraordinary personalities of the 20th and early 21st centuries and will always be among us’, he said.

In the analyst’s opinion, Fidel Castro does not need monuments, streets or squares on his behalf because his name is written deep in the Cuban and Latin American people, while other leaders of the right are no longer remembered.

‘With his passion like Don Quixote of dreaming impossible dreams, he fought unbeatable foes, he will continue to be present in the struggles to abolish capitalism and thus make possible the continuity of life on planet Earth’, he said.

As for Brazilian theologist Frei Betto, he highlighted the humility of the historical leader and recalled the Apostle José Martí’ s phrase: ‘All the glory of the world fits into a grain of corn’.

‘I always think that you (Fidel Castro) was this grain of corn, you have been a planter, the seeds of liberating hope have borne fruit in the Cuban people, in their resistance to the criminal blockade of the United States, in their scientific work that has produced vaccines against Covid-19, in their heroic internationalist fight’, he said.

For Betto, Cuba has achieved what no other Latin American country has: ‘conquer sovereignty and independence from the United States empire’.

The president of Cuba, Miguel Díaz-Canel, takes part today along with national and Latin American analysts in a virtual international meeting to honor the historical leader, on occasion of the 95th anniversary of his birth.