Mexico must protect the ‘vaquita’ 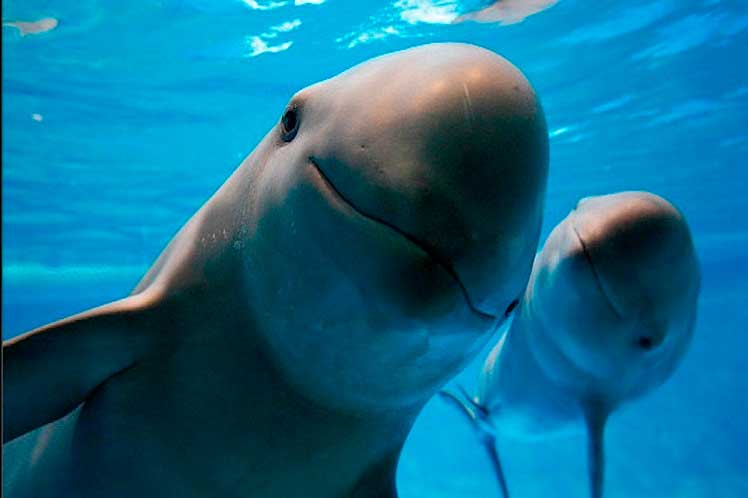 Mexico must protect the ‘vaquita’

The agency asked to investigate the government’s non-compliance with its fishing and trade laws, and to define if there is a violation of the tripartite free trade agreement with Canada and the United States. It recalled that only about 10 specimens are still alive.

The Center for Biological Diversity (CDB), for its part, recalled that NACEC was established to address trilateral environmental concerns and promote the enforcement of the environmental legislation.

The organization filed a petition to the commission to investigate and develop a formal factual record on Mexico’s non-compliance, it reported.

It added that in the free trade agreement, the United States, Mexico and Canada pledged that no party will fail to effectively enforce its environmental laws.

The CDB also asked the Interdepartmental Committee for Environmental Monitoring and Compliance from the office of the United States Trade Representative to initiate enforcement actions against Mexico for violations of the agreement.

According to the demand, the government has repeatedly failed to enforce its own ban on fishing in the habitat of this marine mammal in the Gulf of California. Mexico has not yet responded, but its battle to protect the few surviving specimens is known.

The complicated thing about the issue is that the vaquita lives in a very difficult habitat to establish its protection, and fishermen do not use special nets, so they that they cannot get entangled in them and die.

She added that Mexican officials have promised many times to remove the illegal nets from their habitat, but have not yet succeeded in doing so.

They usually die caught in illegal fishing nets set up to catch shrimp and fish, including the critically endangered totoaba, whose swim bladder is illegally traded on the international market at sky-high prices due to alleged medicinal properties, the CBD added.