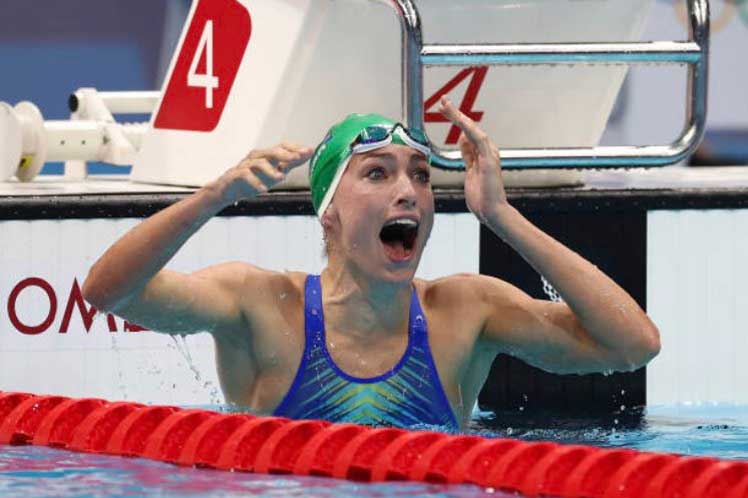 After South African swimmer Tatjana Schoenmaker broke the world record in the 200-meter breaststroke and won the gold medal, her country's delegation welcomed her in the Olympic Village with applause, congratulations and chanting the tune of Shosholoza, which made the voices of the ancestral passed from the region where the champion comes from be heard in Tokyo.
Share on facebook
Share on twitter
Share on whatsapp
Share on telegram
Share on email

It is a consensus that the song was originally composed by workers of the Ndebele ethnic group, located in the southern part of what was then Rhodesia, now Zimbabwe, as they traveled in uncovered wagons of the trains to and from the gold and coal mines.

Although there are different interpretations, in the Endebele language, shosholoza can mean ‘to move on.’

As with other anonymous work songs that adopt the call-and-response format, over the years, and depending on the collectives that sang them, the lyrics received multiple transformations.

It is said that even Nelson Mandela, during his 18 years of imprisonment on Robben Island, sang it with other inmates during the endless and monotonous hours of forced labor he endured.

Various testimonies affirm that he found in the musical piece the struggle against the segregationist apartheid regime comparable to the movement of an approaching train.

With the passage of time, the people of southern Africa changed its lyrics in countries and situations of all kinds, which turned a song of work -suffering- into a kind of solidarity anthem that is often used today during public events, such as sporting events.

Internationally, it was perhaps most popularized by the American troubadour Pete Seeger, who in 1963 included it, together with the Cuban Guantanamera, in the repertoire of his civil rights concert We Shall Overcome.