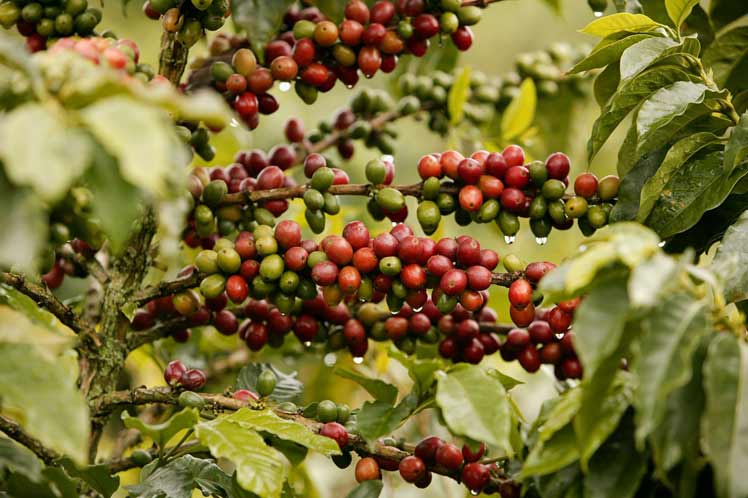 Director of Coffee, Cocoa and Coconut branch of the Agro-forestry Group from that office, Elexis Legrá, explained that nine specialized production areas were established to develop the Project for the Production of Coffee ‘on the Plain’, in which the largest ones are in Matanzas, Mayabeque and Villa Clara, from western and central regions.

Plantations will be interleaved with fruit trees, and where it is not possible, bananas will be planted with the dual purpose of taking advantage of it as shade and food, Legrá said in a report published by the Minag.

Traditionally, he commented, coffee crops thrive on the plains in reduced farms, backyards, on farms’ groves, without much technology or technical knowledge.

That is why we seek to take advantage of this experience to extend and make small areas more efficient, which combined will contribute to increase quantities of the aromatic bean harvested mostly in the mountains, he stated.

It is essentially about helping national consumption, leaving a better balance for the coffe of extra quality that the country exports.

According to the manager, since 2014 they have been identifying soils with conditions for cultivation, they have conducted training courses for producers and created a technical manual that serves new coffee growers.

Plantations will gradually be promoted until reaching 7,163 hectares (1,200 are already planted and another 700 are planned for this year), which will make it possible to collect more than 4,000 tons, he also reported.

The manager said the beans used for Arabica coffee crops come from the east of the island and were obtained from genetic material brought from Vietnam, as part of the cooperation in the field between the two nations.

He also commented that garden centers from El Chico basic venture unit, of Havana Agro-forestry Company, and others created in various provinces, bear fruit obtained in sample plots from Guisa and Buey Arriba, municipalities of Granma province, and from Tercer Frente (Santiago de Cuba), about 900 kilometers east of Havana.

This Cuban-Vietnamese collaboration was carried out in 2015-2020 and allowed to achieve yields of one ton per hectare and the seed to extend the crop onto the plains.

Meanwhile, new projects are underway and others are being managed focused on technological investments to ensure the productive processes in the plains, without having to transfer the coffee to the hills, where there are improving plants, drying rooms and other facilities.