Venezuela denounces US blockade on the International Criminal Court 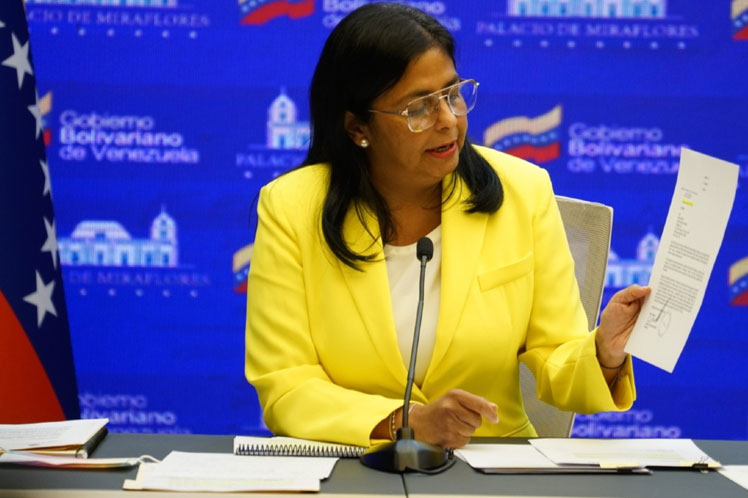 Venezuela denounces US blockade on the International Criminal Court

On a press briefing at the Miraflores Palace (seat of the Executive), the vice president denounced the criminal nature of the US sanctions, described as crimes against humanity as they constitute a systematic attack against the civilian population.

Rodriguez noted that the US attacks against Venezuela have only one political aim: to defeat a government not aligned with its interests and mandates, she emphasized.

By virtue of the successive application of the US coercive measures during the latest years, Venezuela suffered the blockade of its oil industry, which caused a drastic drop in the country’s foreign currency income, the executive vice president recalled.

Washington’s sanctions also led to the seizure of 31 tons of Venezuelan gold deposited in the Bank of England, the freezing of seven billion dollars abroad, she added.

Likewise, the US punitive actions are part of the White House’s strategy for a regime change in Venezuela, included restrictions on 150 companies (10 State-owned and 140 from the private sector), 69 vessels, 30 oil tankers and 58 aircrafts.

The US unilateral coercive measures are extraterritorial and illegal because they violate our jurisdiction, Rodriguez highlighted. She also condemned the impact of the US blockade on all social programs of the Bolivarian Government.

In view of that scenario, she ratified the commitment of the Executive with the defense of the legitimate Venezuelan rights, the welfare of the people and the defense of sovereignty and independence.

In February 2020, Venezuela sued the United States at the International Criminal Court for crimes against humanity committed through the application of unilateral coercive measures.

At the beginning of 2021, the special rapporteur of the United Nations (UN), Alena Douhan, urged the US government to lift the coercive measures imposed on the Venezuela.

In a report presented at the end of an official visit to Caracas, the UN independent expert called Washington to reconsider the elimination of all sanctions adopted against the Venezuelan public sector.

Douhan asserted that the US punitive actions slowed down the country’s development due to the severe impact on its economy, causing a 99 percent drop in foreign exchange earnings over the latest years.