Fighting Covid-19 and social dialogue during week in Cuba 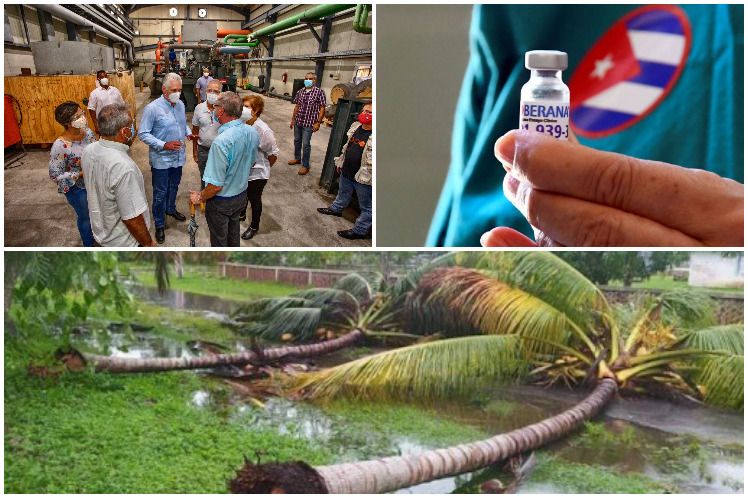 Fighting Covid-19 and social dialogue during week in Cuba

The fight against the pandemic remained as the country’s main objective, which still showed a high incidence rate of 1,207 Covid-19 cases per 100,000 inhabitants over the last 15 days.

According to official sources, hospitals created conditions to admit and isolate people infected with the SARS-CoV-2 coronavirus, which causes Covid-19, while the immunization process with Cuban-made vaccines goes as planned, with more than 12 million doses administered so far.

In addition, the Havana-based Center of Molecular Immunology informed that it can produce 10 million doses of the Soberana 02 and Soberana Plus vaccines against Covid-19, because the Active Pharmaceutical Ingredient (API) is ready to fulfill that production.

Meanwhile, an Italian plane landed in Cuba on Thursday with 200 cubic meters of humanitarian aid that consisted of respirators, generic medicines, antibiotics, medical supplies and rapid test kits for coronavirus.

President Diaz-Canel said that he was impressed by the donation and was grateful to the Cuba solidarity movement in Italy.

During the week, Diaz-Canel met with representatives of religious institutions and fraternal associations about the challenges the country is facing.

Participants reaffirmed their vocation to serve the people through different projects that they are carrying out to improve the lives in communities and help the most vulnerable groups.

In fact, the head of State urged to replicate in Cuba the experiences of the Cabildo Quisicuaba socio-cultural project, in the Havana neighborhood of Los Sitios, which he visited on Friday, as part of tours and meetings between Cuban top authorities and local residents.

The president called to systematize transformations in 62 vulnerable neighborhoods in the capital.

During a meeting with Havana authorities, he favored fostering the work done by the organizations and institutions, stressed the importance of acting on the basis of priorities and urged to strengthen dialogue with citizens.

They addressed issues of interest to improve relations between Cuba and its emigrés, and rejected the negative impact of Washington’s sanctions against Cuba on families.

This week, Cuba was hit by category-one Hurricane Ida, which caused material damage in the roofs of state facilities and homes, affected crops, as well as damaged telecommunications and power service after heavy rains.

President Diaz-Canel urged to pay attention to the effects of Hurricane Ida, and asked people to focus on Cuba’s major challenge: the fight against Covid-19.