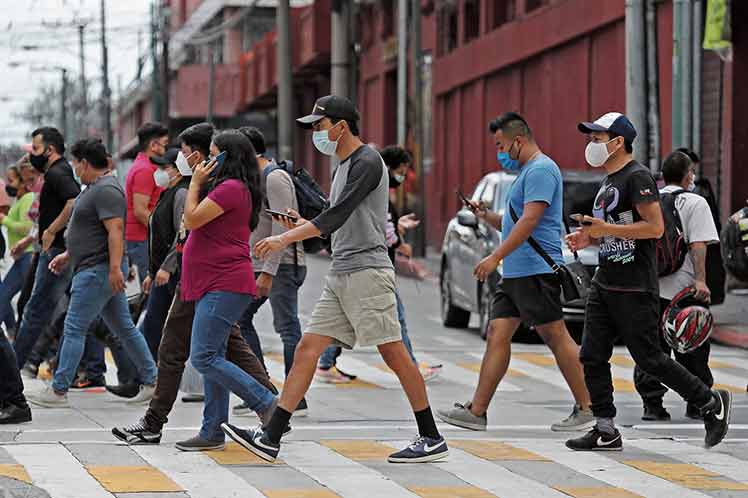 Unlike countries where aging is today a major problem, the population under 30 years of age represents about 69 percent in Guatelama, which is a real luxury as a window of opportunity

According to experts, its effects began in 2015 and will last until 2050 and the key would be to take advantage of that economically active population to make the leap to considerable economic growth, which must start from the preparation of better human capital.

Unfortunately, however, this promising future is beginning to be compromised by the extension of dropouts in the educational system, the absence of sustainable productive developments and the neglect of global competitiveness that leads to stagnation in the availability of work and opportunities.

The alarm has already been set off as the so-called demographic bonus tends to be reduced at an accelerated rate due to the migration of tens of thousands of Guatemalan children and adolescents, some of them unaccompanied, who try to cross the border to the United States.

This labor force, often described as ‘cheap’, leaves the productive forces of the country and departs for good, a sad reality that crosses the land of the Quetzal and other Central American neighbors.

We must recall the huge caravans of Honduran, Salvadoran and also Guatemalan migrants that in 2018 occupied the front pages of international media outlets in their attempts to reach the ‘American dream’ despite the dangers. The saddest thing is that they do not stop, now without so much media hype.

And while there is the potential for them to send remittances (14.6 percent of gross domestic product in 2020), more and more young people are coming to the United States to join their families.

A recent United Nations report warned that the largest proportion of Guatemalans detained on route to the United States are from 15 to 19 years old, the age of potential, dreams and ideals.

Given the great availability of this human resource, many consider their massive departure imperceptible; it is already a very concrete phenomenon that threatens productive prospects and national growth in the coming decades.

Among the most cited causes of this overwhelming exodus are gang violence, lack of access to quality education and health, especially in rural areas, and, in the last year, the effects of climatic phenomena with the loss of homes, crops and jobs, these associated with the Covid-19 health crisis.

Experts warn of the need to transform the educational, economic and social paradigm beyond speeches and palliatives to try to rescue what is left of the demographic bonus in Guatemala.

Investment in children and adolescents is already lagging behind, and proof of this is that one out of every two children under five suffers from chronic malnutrition, which is equivalent to a mortgaged future.