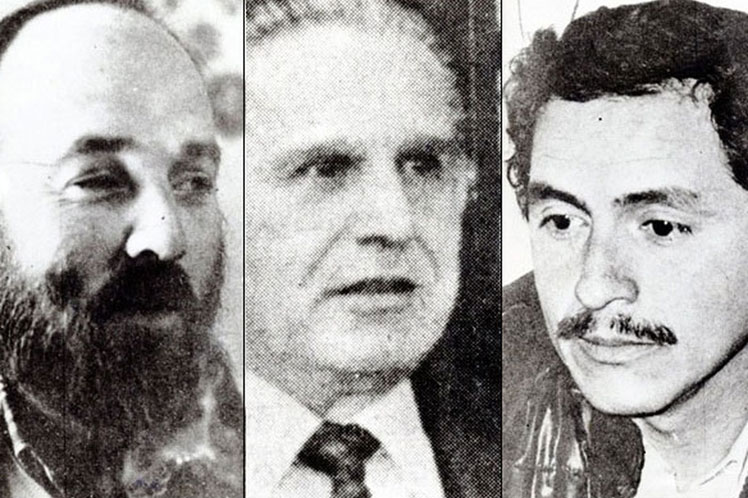 On Saturday, the police reported the death of Miguel Estay Reyno, aged 68, and retired Colonel Jaime Garcia Zamorano, aged 85, both from Covid-19.

Estay Reyno, alias El Fanta, was serving life imprisonment for numerous crimes, among them for the known ‘Caso Degollados ‘ (Case of the Slit Throats) in 1985, which at the time shocked Chilean society, among the many crimes committed by the dictatorship of Augusto Pinochet (1973-1990).

The Case of the Slit Throats covers the events that led to the kidnapping, torture and murder of professionals Manuel Guerrero, Jose Manuel Parada and Santiago Nattino, militants of the Communist Party of Chile, in which Estay Reyno was directly implicated.

The prisoner, who according to testimonies was a member of the Communist Youth, committed treason and became an active informer of his former comrades in ideals.

In addition, in his list of denunciations, he went so far as to hand over his two younger brothers, communist militants, who were arrested and tortured, even though he had promised his father, who went into exile, that he would take care of them.

This death takes on greater relevance because there are numerous convicts who have refused to collaborate with justice and to provide information on the whereabouts of many people detained by agents of the dictatorship and who were never heard from again, and they take that secret to the grave.

Data from organizations such as the Association of Relatives of the Detained and Disappeared and other groups of victims of the dictatorship indicate that around 1,200 victims of the September 11, 1973 coup still await justice and reparations 48 years after the overthrow of President Salvador Allende.