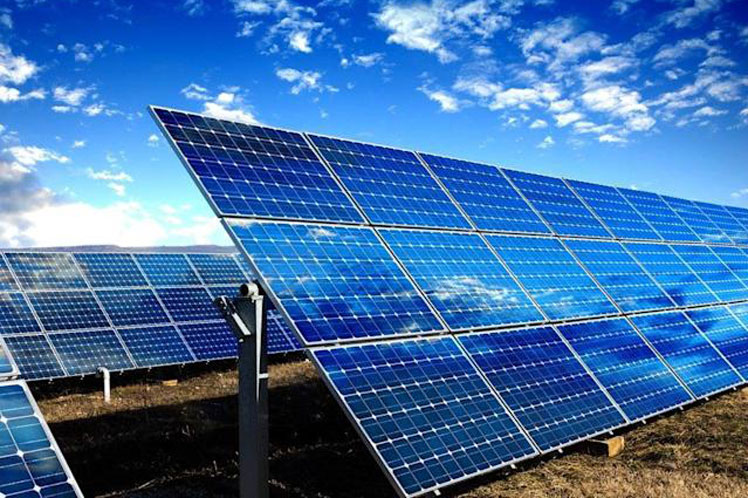 Washington, Sept 9 (Prensa Latina) The Biden administration on Wednesday released a report showing how the United States could boost its use of solar power as much as 45% of US electricity use by 2050, an effort that could help the country meet goals to limit climate change, a study revealed.
Share on facebook
Share on twitter
Share on whatsapp
Share on telegram
Share on email

In this ambitious outline, solar power production would rise from 3% of generation in 2021 to 40% by 2035 before ultimately hitting 45% by 2050, which will be distributed among residential sector, transportation and national industry.

Solar power, the cheapest and fastest-growing source of clean energy, could produce enough electricity to power all of the homes in the United States by 2035 and as many as 1.5 million people in the process,’ Energy Secretary Jennifer Granholm said in a statement.

‘To reach total decarbonization goal, the country must install 30 gigawatts of alternating current a year between 2021 and 2025, and double that annual figure for the rest of the decade,’ she explained.

The investment, valued at $210 billion, will save $1.7 trillion from damages avoided from climate change and air pollution. According to Ms. Granholm, achieving this bright future requires a massive and equitable deployment of renewable energy and strong decarbonization polices, exactly what is laid out in the bipartisan Infrastructure Investment and Jobs Act, passed by Senate in August, and President Biden’s Build Back Better agenda.

In April, Joe Biden resumed his country’s commitment to the Paris Agreement, contrasting with his predecessor Donald Trump´s actions withdrawing the United States from the international accord on climate change.