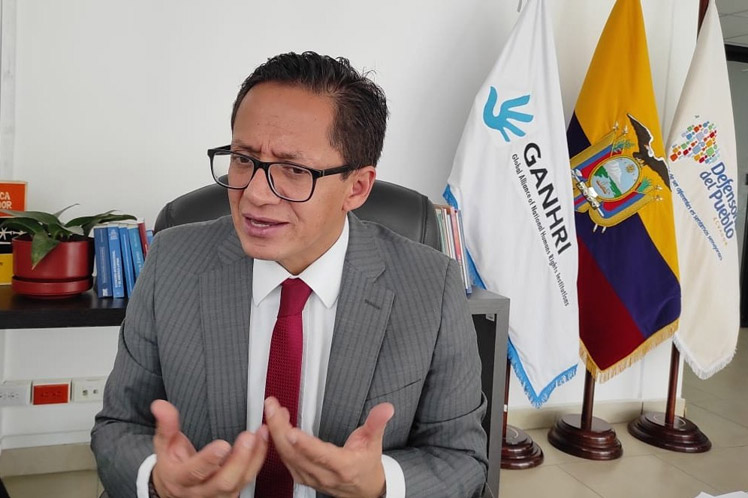 The proposal, for breach of duties, was endorsed by a majority of six votes in the Oversight Commission of the National Assembly, based on the requests presented by legislators Yeseña Guamani (Izquierda Democratica) and Ricardo Vanegas (Pachakutik).

In the report, the legislative team determines that after all the evidence received, testimonial and documentary evidence, there are several violations to express regulations, such as the Ombudsman’s Office Act and the Public Service Organic Law.

Likewise, it stipulates that there was non-compliance with human rights regulations by exercising violence and damages against a female person, as evidenced by videos and documentation exposed in the criminal proceeding, for which reason the court’s jurisdiction is lifted and the district attorney’s investigation begins.

In the opinion of the majority of the parliamentary board, it is presumed that there are sufficient elements to consider the occurrence of the violation, which must be investigated and prosecuted in judicial instances.

According to the legislators, in May, in the middle of a curfew, Carrion made improper use of institutional vehicles and goods, drank alcohol and allowed other people to use his electronic signature, which is personal according to the Electronic Commerce Law, which incited facts under the Organic Integral Penal Code.

While the request for impeachment is being analyzed in the Parliament, Carrion is being held in preventive custody due to a criminal proceeding opened against him, after being accused of alleged sexual abuse of the partner of former Minister of Public Health Mauro Falconí in May, when he violated the curfew established to prevent the spread of Covid-19.