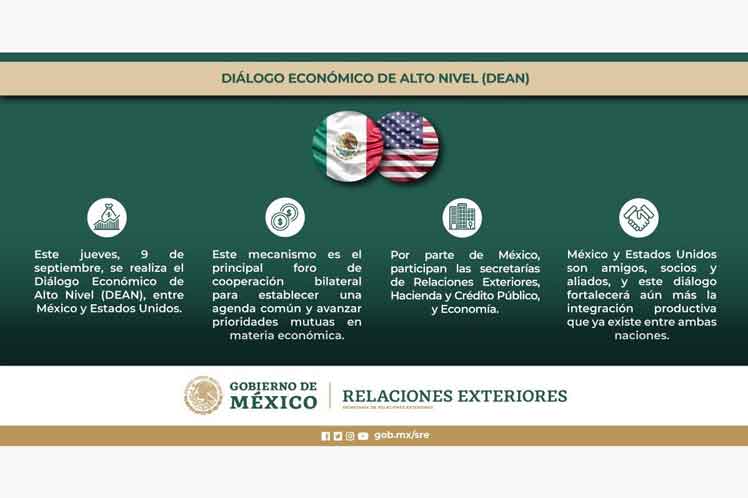 Mexico, Sep 9 (Prensa Latina) The High Level Economic Dialogue (HLED) between Mexico and the United States was relaunched on Thursday with the purpose of speeding up investments and economic activity, the local Secretariat of Economy informed.

That practice was carried out between 2013 and 2016 under the administrations of Barack Obama and Enrique Peña Nieto, until Donald Trump’s administration abandoned it.

Economy Secretary Tatiana Coluthier, Foreign Secretary Marcelo Ebrard, and Finance Undersecretary Gabriel Yorio head the Mexican delegation that will negotiate in Washington with US Vice President Kamala Harris, who leads the group from the neighboring country.

Ebrard, who is already in the United States, said that issues such as border infrastructure, cybersecurity, electric mobility of Mexico’s automotive industry, and investment in the country’s southern region and Central America, will be addressed.

In a video posted on social media, the foreign secretary expressed his confidence that it will be a productive meeting and thanked for the opportunity to hold talks.

The HLED is reactivated by agreement of Presidents Andres Manuel Lopez Obrador and Joe Biden, whose administrations have stated that both countries can benefit from working together to manage border, promote economic investment to reduce migration and improve labor conditions in both nations, the Secretariat of Foreign Affairs stated.

The two nations will hold talks divided into four issues: building back together; promoting economic, social and sustainable development in southern Mexico and Central America; ensuring the tools for future prosperity; and investing in the people, it added.